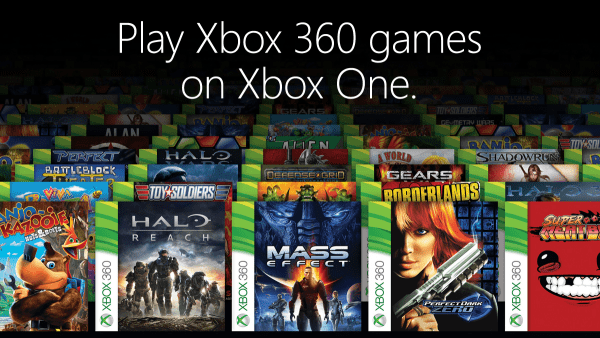 The list of backwards compatible games for Xbox One was updated on December 17, adding 16 titles to the pre-existing list. Notable titles added include “Fable III,” “Halo: Reach” and “DEUS EX: HUMAN REVOLUTION”; the rest entire list of titles can be viewed here.

The new titles have been added to the initial list released by Microsoft last month. The first wave of backwards compatible games included over 100 titles, and Microsoft promised that more would be on their way. Their commitment to increasing the number of Xbox 360 games available on Xbox One is encouraging for anyone who is hesitant to purchase an Xbox One.

The update that included the long-awaited backwards compatibility function also updated the current operating system of the Xbox One. In an effort to put all their devices on the same operating system, Microsoft wheeled out Windows 10 for Xbox One. While the change in the operating system is hardly noticeable by players, it will be used to increase connectivity with future devices. Whatever Microsoft has planned, it should be pretty cool.

Lastly, Microsoft has made some of the backwards compatible games available to gamers for free. Xbox Live Gold members are able to get free video games each month through the “Games With Gold” program. The free Xbox One titles that are currently available are “The Incredible Adventures of Van Helsing,” “Knight Squad” and “Thief.” Free Xbox 360 games, made available with the new backwards compatibility, are currently “Castle Storm,” “Sacred 3” and “Operation Flashpoint: Dragon Rising.”

Each game is available for 15-31 days at a time, and once a title is removed, Microsoft will replace it with a new title.

The PDF to the total list of games available for backwards compatibility is available here.