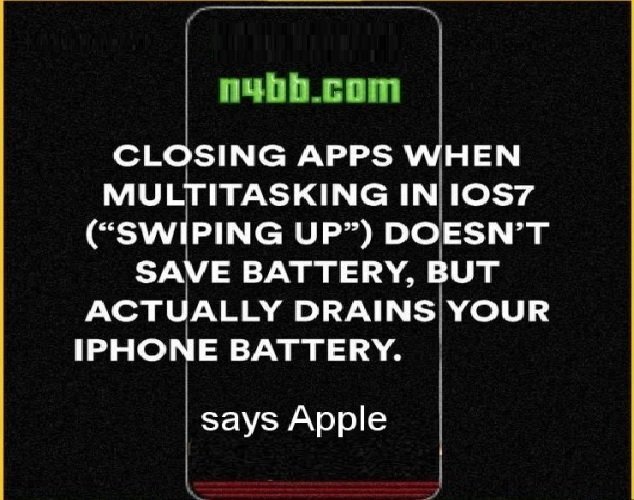 Closing Apps Does Not Save iPhone Battery Life, says Apple

Closing the apps you’re not using to save iPhone battery life – is just a myth, says Apple.

Closing unused apps in multitasking is now part of mainstream culture; a ritual iPhone and iPad users follow to save iPhone battery life or speed up the hardware.

Caleb, an Apple fan, sent an email to CEO Tim Cook asking, “Do you quit your iOS multitasking apps frequently and is this necessary for battery life?” 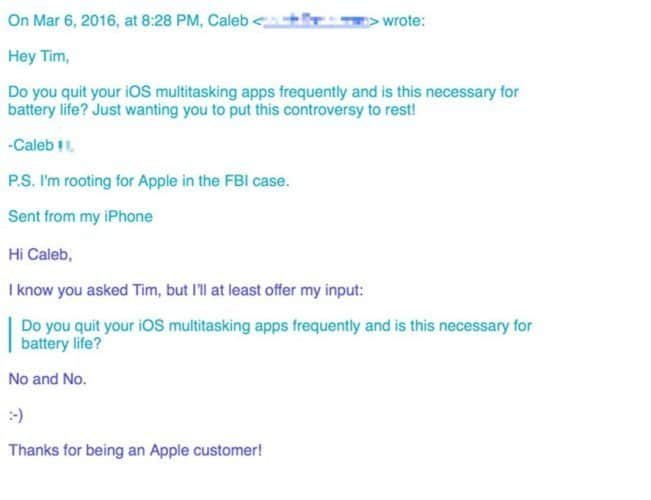 Knowing how the iOS multitasking works will make it clear that it makes no sense to close every app in the multitasking view to save iPhone battery life.

Force-Quitting All Apps Does Not Save iPhone Battery Life

Apple experts explain: When you’re quitting all your apps, you’re swiping upon several app windows in the multitasking view. Technically speaking, most of the apps are either not running or frozen in RAM, and they are only displayed there. So, keeping them open has no negative impact on battery life.

This myth has been debunked several times earlier, but one of the best and detailed explanations on whether you can save iPhone battery life by closing apps, comes from Kyle Richter, MartianCraft CEO, who is also a former Apple technician.

According to him, force-quitting and re-opening iOS apps can actually drain rather than save iPhone battery life.

“Repetitive exiting and relaunching can have a very noticeable toll on your battery life.”

“The only time you need to force-quit an app is if it is frozen, or otherwise misbehaving—beyond that the best battery life can be attained by not force-quitting any apps,” he writes.

So what does this tell us?

The only way to save iPhone battery life is to stop swiping and leave your iPhone apps open.

However several iPhone users have been expressing their dissatisfaction with the Facebook app that continues to run in the background, even when not in use. We’ve talked about uninstalling it in our Tips section below.

Here’s what one user had to say – “The latest Facebook app is STILL an exception to this rule, even if you turn off background app refresh, location services, and notifications!! I’ve done several tests and it continues to be the case to this day (just checked). It’s annoying as hell. Can’t believe Apple is not doing more about it. So yes, you need to quit your Facebook app, always.”

Now with Apple clearly stating that closing apps doesn’t conserve your iPhone’s power, what does?

How Can You Conserve Your iPhone’s Power?

Turn your phone onto Airplane Mode when the signal is weak. This stops your phone from constantly searching for a connection – draining your battery.

Switch your iPhone to Low Power Mode when your power comes down to 20 percent remaining. This extends your phone’s life by three hours.

Delete your Facebook app, and use Safari to open the mobile version of the site. This is said to work, as the Facebook app reportedly drains a lot of power from the phone.

Switch over to Auto-brightness Mode for the screen, as the iPhone’s screen consumes a lot of power. This adjust the brightness based on natural light.

At the end of the day, the best way to save iPhone battery life is to take a break from your phone and give undivided attention to people in your life.

You want to debunk an Apple rumor a la Caleb? Shoot an email to Tim Cook!

You have tips that work on how to save iPhone battery life? Our users would love to hear them.