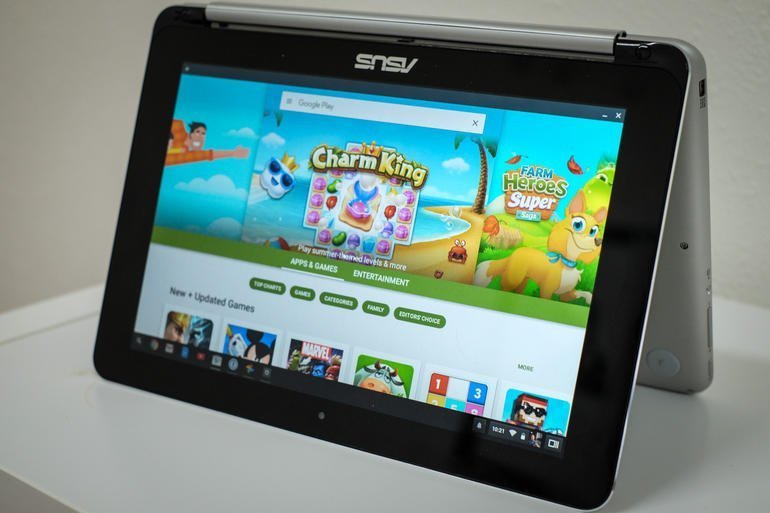 Chromebooks Gain Access to Android Apps for the First Time

Chromebooks will now have android apps, Google said, confirming the rumors that have been floating around for some time now.

This is great news for everyone concerned: developers who will now be able to expand the reach of their applications, and users who have until now been restricted will soon be able to use all their favourite Android apps on their Chrome devices.

The latest Chrome OS development channel version 53 enjoys the inclusion of the massive library of Android apps from Google Play Store. This means Chromebook owners will now have Android apps on their devices.

During Google’s official announcement of the arrival of Google Play Store on Chrome devices at the last Google I/O, it named three devices that will receive this new feature first – the ASUS Chromebook Flip, Acer Chromebook R11 and Google’s own Chromebook Pixel (2015).

But the recent update brought Android apps only to Asus Chromebook Flip, disappointing users of other Chromebooks. Good news is that the other two Chromebooks will also be getting Android apps very soon.

Even more exciting is the fact that most Chromebooks, Chromeboxes and Chromebases in the market will be Android friendly by 2017.

As proof of Google’s intentions to bring Android apps to the entire Chrome family, it has revealed a rollout timetable.

Google also specifically stated that not all Chromebooks will get Android apps officially.

Google encourages developers to bring their Android apps to Chrome OS, as Chrome devices offer several advantages. Multiple Android apps can be used at the same time, along with a full desktop browser. Google also says that games and other performance demanding apps are excellent on Chrome. Users will also be sent Android app notifications on their devices. Google website lists several other advantages that developers of Android apps can take advantage of.

Android apps for the Asus Chromebook Flip are now available on the M53 dev channel. The next phase involves Android apps support to Acer Chromebook R11 and Google Chromebook Pixel (2015).

Here is the complete list of Chromebooks that will get Android support by 2017.