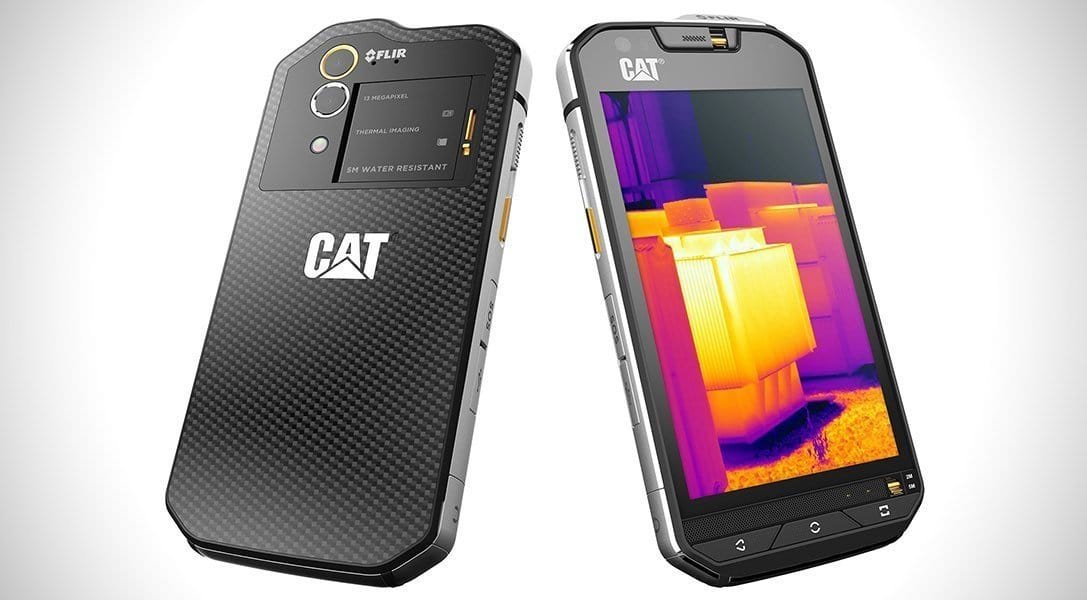 The CAT S60 is a brand new smartphone that features the world’s first ever Thermal Imaging camera, allowing you to go all Alien vs. Predator.

Caterpillar or CAT has been making smartphones and feature phones for some time now, under the Bullitt company. However, their newly announced S60 smartphone is a world’s first. The company will showcase the device at MWC 2016 in Barcelona next week.

The S60 is the first smartphone in the world to feature a thermal camera that lets you view heat signatures. CAT is also calling it the worlds’ most waterproof phone. The smartphone uses a thermal camera made by FLIR to detect heat, spot moisture, identify the source of heat and even lets you see in darkness.

Spotting the predator should be easy using this smartphone, plus you can call 911 to get back up. The camera can detect heat signatures from 50 – 100 feet away. It can see through smoke and highlight contrasts in temperatures.

It’s not just a thermal imaging camera phone, though, as CAT has included some excellent hardware as well.

The S60 has a very rugged look and isn’t the slimmest device around. It’s made from strengthened die cast frame, is drop proof up to 1.8m and is waterproof up to 5 meters underwater for 1 hour. The display is protected by Corning Gorilla Glass 4. It’s got some pretty decent internals as well, here’s all the specs;

Yes, the smartphone has two cameras at the back, one is a 13 MP regular shooter, and the other is the FLIR thermal imaging camera. There’s an app for the thermal camera that allows you to take pictures, shoot videos, and also has a temperature spot meter that provides data.

The CAT S60 smartphone will be unveiled at MWC 2016 next week. If you’re there, you can head over to Stand CS80 to try the phone out. As for pricing, the S60 will cost you $599 when it comes out later this year.