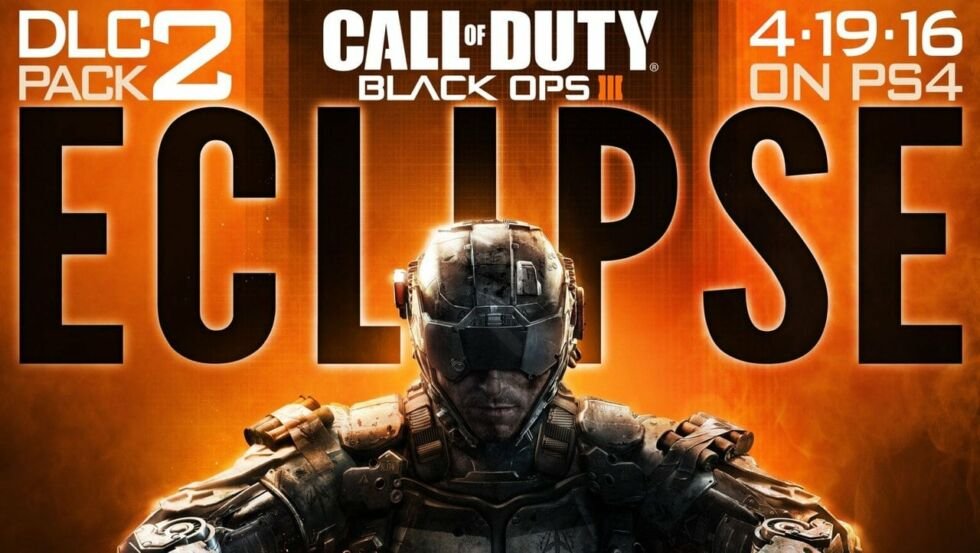 Not long after the release of the first DLC ‘Awakening’, Eclipse is soon to follow and will offer Call of Duty players some new maps into the mix. PS4 players will be able to get their hands on the DLC on the 19th of April, with the Xbox One and PC release soon to follow. This is due to Sony and Activision’s DLC partnership allowing Playstation users to have access to all new content first.

With Eclipse you’ll be getting the same amount of content as the previous expansion pack, which will give you 4 new multiplayer maps and a new zombie map. The 4 new multiplayer maps are called Spire, Rift, Knockout, and Verge, with the latter ‘Verge’ being a remake of Bonzai from World at War. The newest addition to Black Ops 3’s zombie mode is called Zetsubou No Shima.

The image below will give you a quick preview of each map, and from what we can see it looks like a decent variety, although there’s some similarities to previous maps. For example we can see another map based in the sky, and also another with large pools of water, which will take full advantage of Black Ops 3’s new wall running and under water combat systems.

Black Ops 3’s second DLC Pack ‘Eclipse’ will be available for PS4 on the 19th of April, then follow later on Xbox One and PC. It will cost $14.99 on it’s own or as part of the season pass.