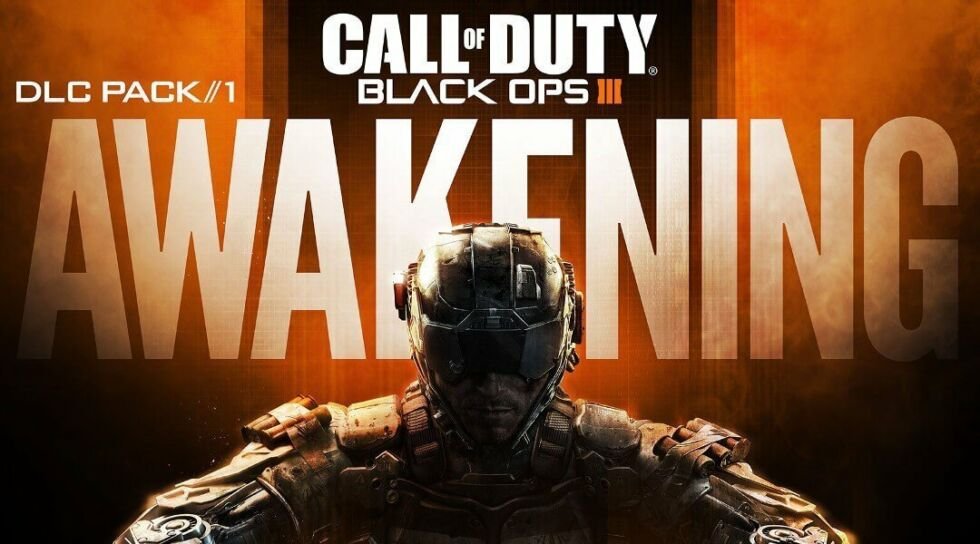 Call of Duty: Black Ops 3 has already been out for a month. I know, that’s gone quick hasn’t it?! If you’re one of the many people who’ve been putting in the hours online you’ll be happy to hear the first DLC ‘Awakening’ is set for release in early 2016.

The Awakening map pack will give players four new multiplayer levels “Skyjacked”, “Rise”, “Splash” and “Gauntlet”. The announcement image shows “Skyjacked” being set on a large heli-carrier. “Rise” looks like a remake of Black Ops 1’s “Silo” and is based around a large snowy building. In Call of Duty you always get a few less serious maps, and with Awakening it comes in the form of “Splash”, which is set in a pirate style waterpark. “Gauntlet” looks like it will be the most interesting out of the bunch as it’s image is split into three very different themes, which suggest the map will include snowy, jungle and urban elements. All four maps can be seen in the image below.

In addition to the competitive multiplayer maps players will be given a new episode for the zombies game mode. Titled “Der Eisendrachen” it looks as though the zombies story is heading back in the direction of a Nazi Germany theme, which it has been famous for in previous COD titles. Whether it’s a futuristic or classic style story, fans of the franchise will definitely be given something a bit different with this episode.

Call of Duty games tend to have four DLC packs throughout the first year of its release, so Awakening is just the beginning with much more to come. Between now and it’s release Activision will release a more in depth description of the first DLC, which is usually accompanied by some gameplay footage to show off the features of each map. Each map pack can be purchased individually upon release, or there is the option to purchase a season pass to gain access to all of the future content. This will actually saves you some money if you intend to buy them all anyway.