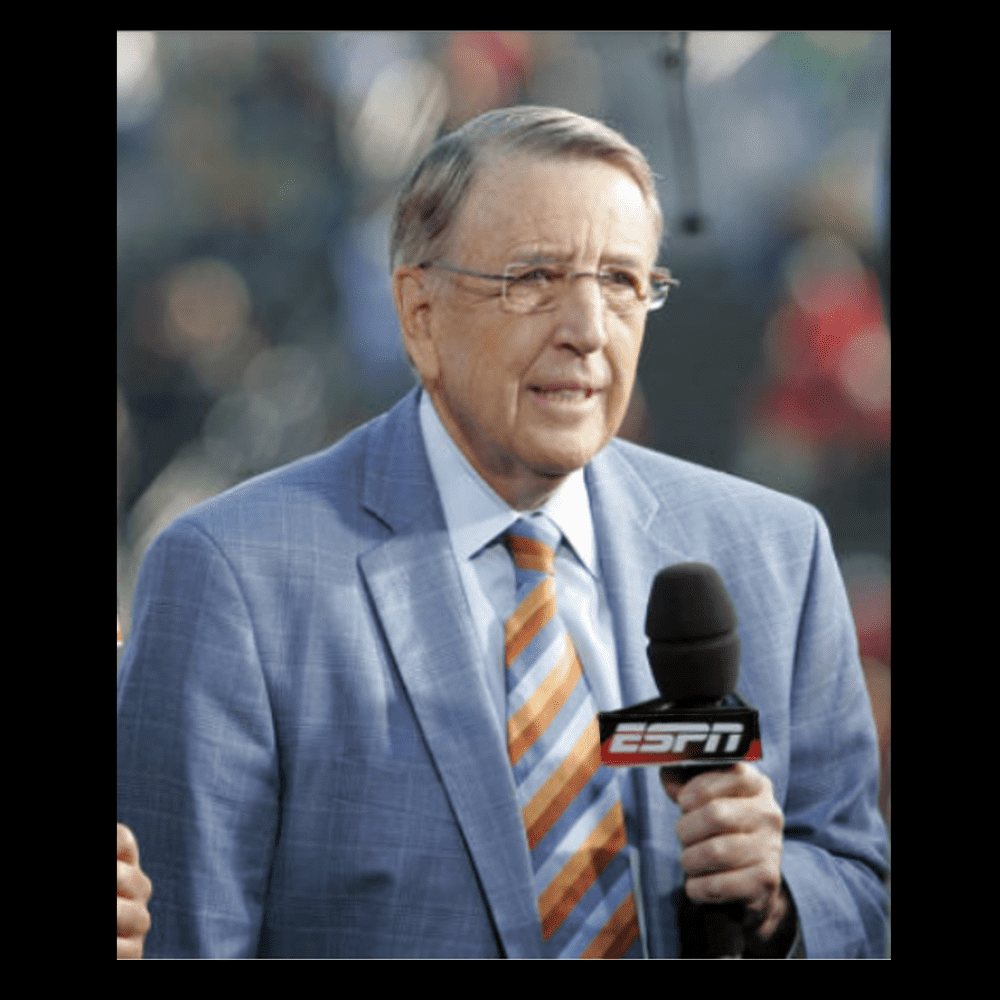 Brent Musburger’s Net Worth and His Retirement Announcement

Dubbed the Forrest Gump of Super Bowl, Brent Woody Musburger is an ESPN and ABC sportscaster who has had a very long and seemingly fulfilling career. The 77-year-old has been in the industry since the year 1968. He was born in Portland, Oregan and raised in Billings, Montana. Brent is the father of two kids, Blake and Scott Musburger, and married to Arlene Musburger. His association with CBS, prior to his ESPN and ABC days lasted 22 years before he was dismissed. He started off as a sports anchor for WBBM radio and then went on to WBBM-TV. Brent later moved to Los Angeles and began to work for KCBS-TV, which was known as KNXT back then. He anchored alongside Connie Chung on the evening newscast from the year 1978 to 1980, full-time part of the CBS Sports family.

We heard of Brent Musburger’s announced retirement on January 25th, and he is reportedly only letting the active sports casting career stick around for one more week! The reason for his retirement is said to be to start up his family sport handicapping business. He plans to use some of the million airline miles he earned for recreational activities. Brent’s final broadcast is set for the Kentucky Wildcats’ game at Rupp Arena, January 31st. Kentucky goes up against Georgia.

Brent’s career didn’t stop at just sportscasting. It led to a rather interesting acting career. Brent Musburger was casted in a few popular movies to do what he does best. Musburger appeared in the sequel of a world favorite movie, Rocky 2. Other popular shows the sportscaster was featured on was The Waterboy and The Main Event, of which he made cameo appearances in. That is not the end of the list, though. Even in fictional movies Musburger still manages to keep it real. He was cast as the fictional version of himself in the hit movie (among kids and various adults) titled, Planes and in Cars 2. Brent also made an appearance as himself in an episode of the sitcom Happy Endings (ABC).

Before we knew the sportscaster we grew to love, he was a bit naughty. Growing up, Brent Musburger was reportedly a bit mischievous and landed himself in a bit of trouble. He and his brother reportedly stole the vehicle of the lady who helped their mother with the cleaning! The boys decided to take it for a joyride. Car troubles seemed to have followed him because, at his time in Medill School of Journalism, he was reportedly kicked out for owning a car without a license. We can tell however, that he made better decisions afterwards; otherwise, he wouldn’t be the successful man he is today!

Brent Musburger’s Net Worth is $8 million