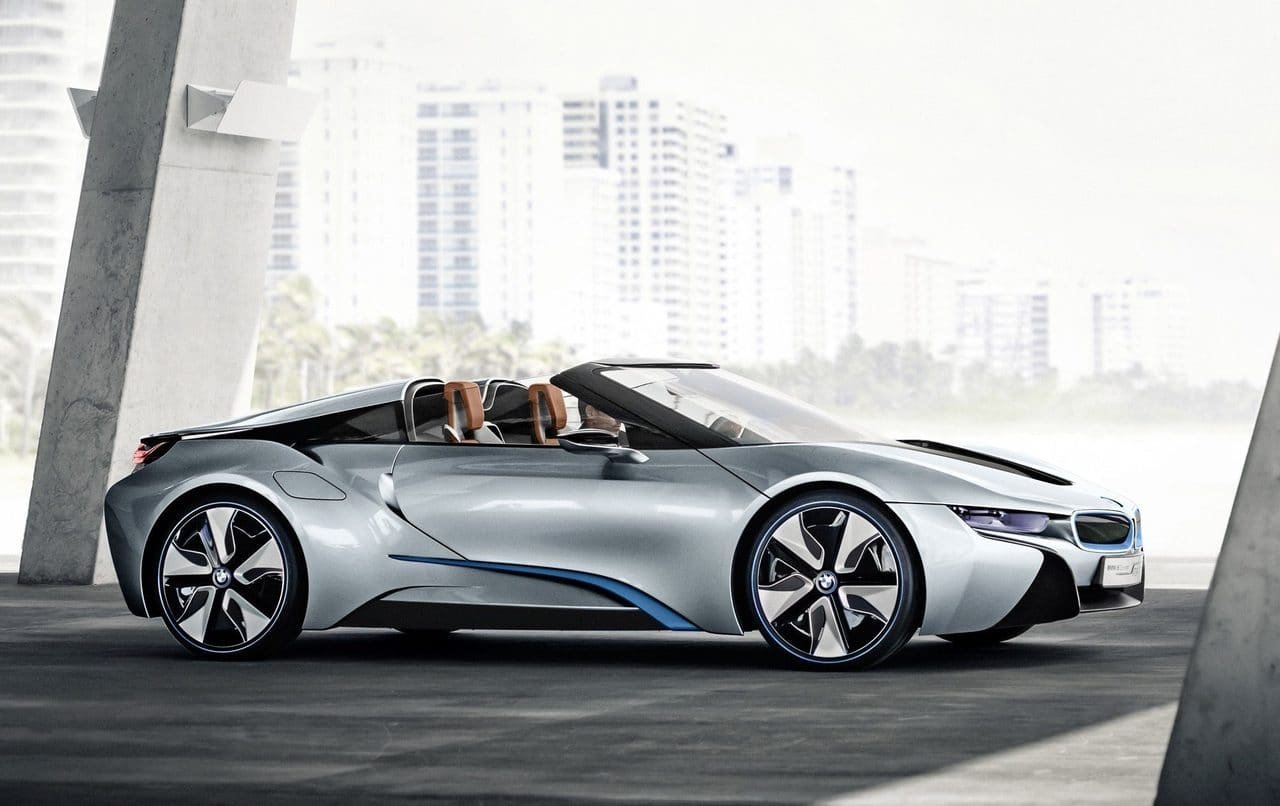 At a recent press conference, BMW revealed some of its plans including specific news about its plug-in hybrid sports car, the i8, BMW is planning to launch a convertible version of the i8 which could well be called the i8 Spyder.

BMW previously showcased two i8 Spyder concepts, the latest being the BMW i Vision Future Interaction concept, which won the hearts of BMW and high-end hybrid fans.

Current i8 coupe is powered by a beast, a turbocharged 1.5-liter 3-cylinder producing a whopping 362 horsepower which is able to reach 0-62 mph in a mere 4.4 seconds with a top speed of 250 km/h (155 mph). i8 Spyder is rumored to feature similar specs. The codename given for the new convertible is I15, and it will surely be the king of dynamic capability and efficiency with an exclusive aesthetic allure.

The exact release date for the i8 Spyder is not yet revealed, however, Harald Krüger, Chairman of the Board of Management of BMW AG, confirmed that the BMW i8 Spyder will arrive sometime in 2018. BMW also confirmed that the i3 will get an increase in range before the year is out.