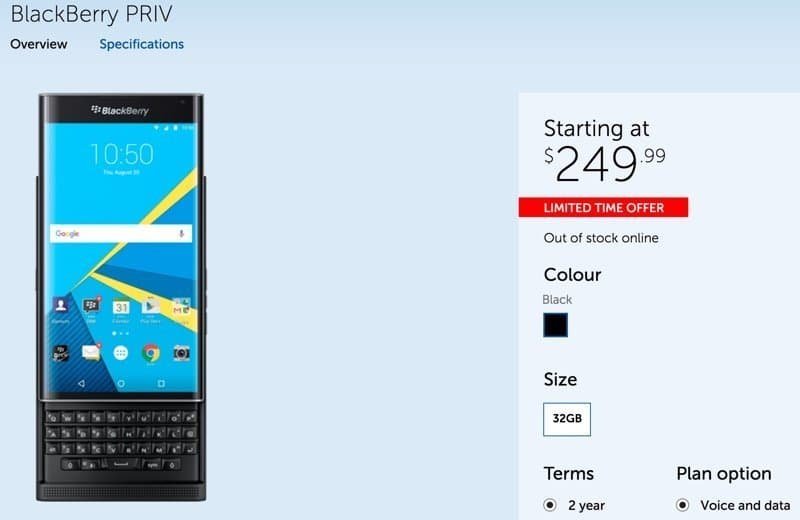 Canadian carrier SaskTel has cut the BlackBerry PRIV price by 38 percent, making it available on contract for $249.99 CAD. That’s about $182 in USD, which is about $70 less than the price on AT&T in the United States.

BlackBerry CEO John Chen had recently stated that the company will be reducing the price of the PRIV in February 2016. The PRIV is a very unique device and runs on Android, which is better. BlackBerry fans will love the new PRIV, if you need further info about the device, check out our review.

PRIV sells for $699 unlocked from BlackBerry in the United States, which is a lot of asking price. It is also currently only exclusive to AT&T in the US and sells for $249.99 on a 2 year contract. AT&T sells it for$739.99 USD unlocked, which is again, a lot. Verizon will also start selling the BlackBerry PRIV very soon.

SaskTel in Canada is selling the BlackBerry Priv on a discounted price for a limited time. The online stocks have already depleted, but you can still pick one up at a retail store. You’d be saving quite some money if you pick the PRIV from the carrier on a 2 year contract.

Soon, more carriers will follow suite and in no time, the BlackBerry PRIV price cut will spread to the United States and other countries.