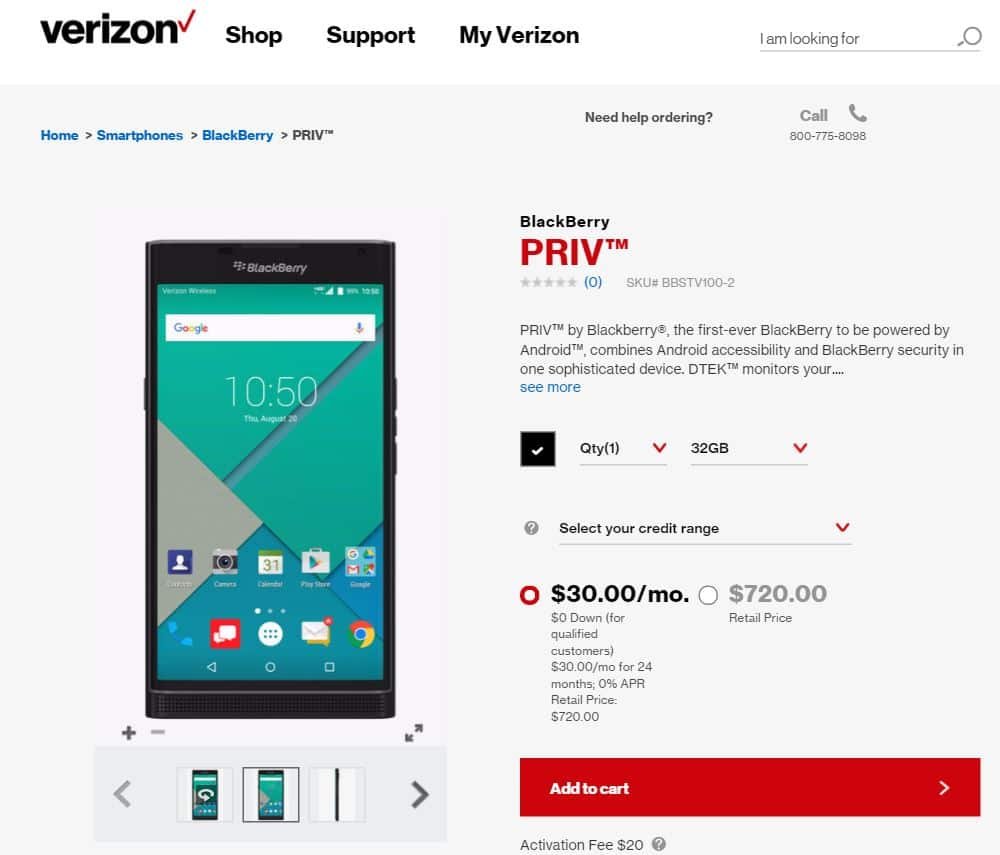 BlackBerry PRIV Now Available on Verizon in the United States

The BlackBerry Priv is now available on Verizon Wireless in the United States. This is the fourth U.S mobile network to carry the PRIV.

Being BlackBerrys’ first Android smartphone, the company is trying to make it available for everyone around the world. When the Priv first launched in the United States, it was exclusively available on AT&T. Soon after, it was available from T-Mobile. And now, Verizon Wireless will start to sell the BlackBerry Priv.

“Today, we’re happy to announce that the third of the Big Four U.S. carriers will begin selling our first secure Android smartphone: PRIV is coming to Verizon, America’s Better Network.”

If you’re a Verizon customer, you can now purchase the BlackBerry Priv online for $30 per month on a 2-year contract. Subscribing for the Verizon Plan XL, you’ll get 24GB of data every year, forever. Those looking to buy the phone without any contracts, will have to pay $720. Verizon was recently voted as the highest quality network provider in the United States by J.D. Power.

For those who want to try the device first at a brick-and-mortar Verizon store, you will have to wait till March 11 to get your hands on one.

BlackBerry has gone the Android way and says that there will not be any new BB 10 devices, although support will be available to current users. The company has plans to launch two more Android devices later this year.

The BlackBerry Priv is now available on 3 of the biggest U.S networks, only Sprint remains. The PRIV is a secure Android device, sports a 5.4 inch display in a slider design that includes a full physical BlackBerry keyboard, a Snapdragon 808 processor, 3GB of RAM, and an 18 megapixel camera.