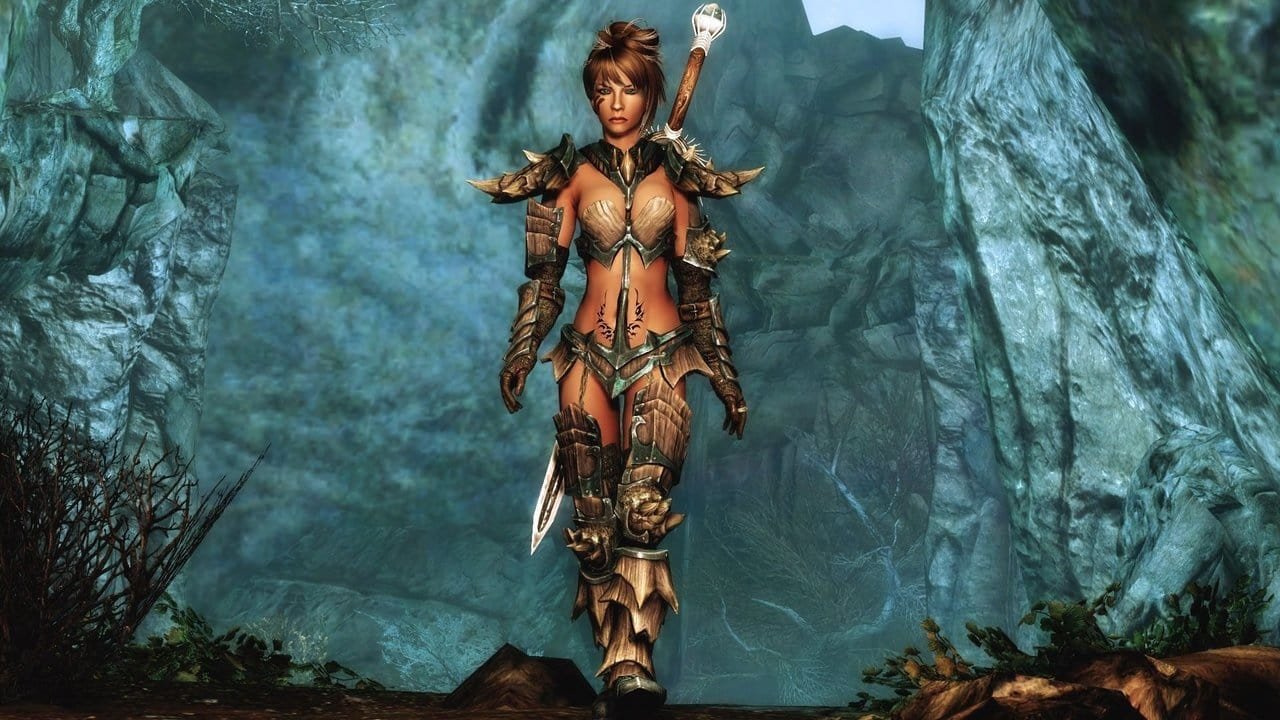 Bethesda, flush from the success of their Doom reboot recently, seems to be on a mission to impress gaming fans. The game developer showed off new versions of some of the old favorite Bethesda games like ‘Quake’ at its second ever E3 showcase 2016.

The list of games is interesting. The much-loved Quake has been rebooted and it’s now called Quake Champions.

Bethesda games showcased new content for Dishonored 2, and Fallout 4. There is also a rejuvenated Elder Scrolls Legends, Elder Scrolls Online, Doom, Skyrim and Prey – all getting some interesting new content.

The trailer that was shown at the E3 was rendered so we don’t have an idea how the game will actually look like.

Tim Willits, iD Studio Director explained that Quake Champions will feature “a diverse cast of warriors each with different attributes and unique abilities, allowing you to fight the way you want.”

The new game will be a high-speed multiplayer-focused game with unlocked framerates, which makes the new Quake so very VR ready.

Bethesda games is pitching Quake Champions as an e-sports game with tournament support from the publisher. Whether this is going to happen or not, at least gamers will be happy with the speed, as the developers are targeting 120FPS rendering for the game.

The Quake sequel is said to be designed for people of all skill levels. More information is promised during the Quakefest in August.

Quake Champions is coming to the PCs.

The official trailer of Quake Champions:

The in-game footage to the sequel of Dishonored from Bethesda games showed a bunch of freedom of choice options, time-travel tool kits and weapons, as well as interesting lighting effects.

The city sandbox is much larger in the sequel, giving gamers more places to hide. There are also new AI enemies that come with a lot of powers to chase you down, like scaling walls and climbing fences.

Harvey Smith, the creative director said the NPCs come with fixed routines like where they live, eat and sleep. These fixed routines can help players manipulate the AI behaviour to their advantage. Swords and guns are back.

Fans of Bethesda games have been speculating whether Dishonored 2 will have weather. It does.

The trailer shows sandstorms, rain and thunderstorms that can prove helpful to a player by affording them the opportunity to plan their attacks or infiltration tactics. But they can also be a hindrance depending on the player’s objective.

There is also the new Shadow Walker skill that gamers can use to gain access to arcane dark magic and use it on foes. The Teleportation power allows players to quickly zoom around the levels unseen.

Harvey Smith said, “In crafting spaces for you to explore we’ve got several creative goals.” “How do the characters live? Where do they take their breaks? But it goes further than that. We felt compelled to ask ourselves about the history of a place or shop – watermarks on the wall from past floods, peeling posters and advertisements.”

Dishonored 2 is scheduled for release starting November 11, 2016 for the Xbox One, PS4 and PC.

There is also going to be a collector’s edition, which includes a life-sized replica of Corvo’s mask and a poster.

The most surprising announcement related to Bethesda games at E3 is the VR version of Fallout 4 (Coming to HTC Vive in 2017,) from Bethesda’s new dedicated VR division.

Nothing much is known on how the VR version will work, as the demo version only offered a peek at the Red Rocket scene.

This keeps everyone wondering how Fallout 4 will work in VR, since Bethesda games has not designed the game for VR.

Fallout 4 VR version is expected to arrive in 2017.

The Prey shooter from Bethesda games is back with a short and sweet title, ‘Prey.’ It’s not a sequel as the game bears no resemblance to Prey 2.

This new game from Arkane Austin has a new and interesting storyline and is also said to be much darker.

“You are Morgan Yu, the subject of morally dubious experiments designed to improve the human race. You awaken aboard the Talos 1 in the year 2032 and must uncover the secrets hiding in the depths of the space station while being hunted by the mysterious alien force that has taken over. You’ll have to rely on the tools you find on the station—along with your wits, weapons, and mind-bending abilities—to combat the growing threat and, hopefully, survive.”

Other announcements about Bethesda games at E3 2016 include a PC version of Fallout Shelter that was a hit with Android and iOS users.

The updated Bethesda games include Elder Scrolls Online with auto-buff levels helping players explore the MMO’s world easily. A Mac, iPad and Android version of the upcoming card trading game, The Elder: Scrolls Legends. A special edition remaster of The Elder Scrolls V: Skyrim on Xbox One, PS4 and PC.

The general consensus in the gaming community is that this is a good time for gamers, with plenty of Bethesda games like the new Quake, Fallout 4 in VR, Prey and Dishonored 2. Of course there is also a Skyrim remaster among others.