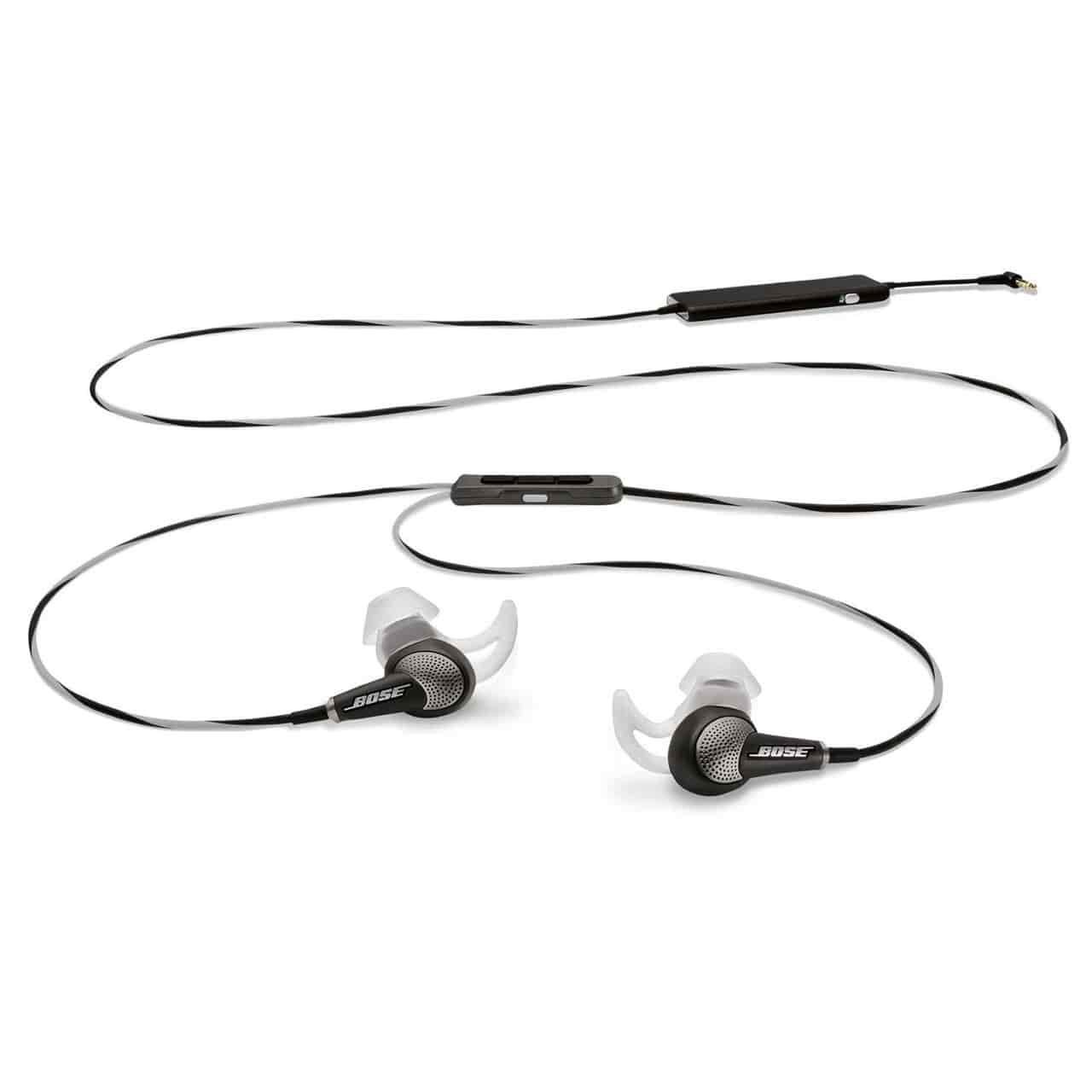 The BEST Noise Cancelling Earbuds of 2017

Ever since the dawn of mp3 players, earbuds have become a mainstay of city wear. Whether it’s on the subway, on the bus, at the grocery store, or even just walking about town, zoned-out people sporting earbuds are everywhere. 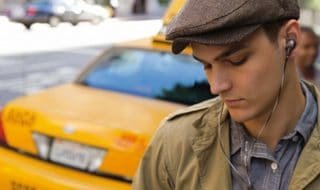 The ubiquity of earbuds comes with its particular set of problems. Cities are noisy places, and noise can get in the way of enjoying your favourite tunes. Most people’s solution to this problem has been to reach for the volume knob. But exposure to loud noise can damage your hearing over time and, sadly, once it’s gone it’s gone.

This presents a bit of a conundrum. If the volume’s so low you can’t hear anything over the background noise, it’s kind of pointless isn’t it? But crank it up and you risk damaging your ears for good. Besides, I hate to break it to you (or no… um, maybe I don’t), but you’re not Radio Raheem. No-one wants to hear what you’re listening to (This holds especially true if it’s One Direction, but still, I’m sure you catch my drift).

What are noise cancelling earbuds?

So, let’s start with the basics.

Noise cancelling earbuds are earbuds that cancel out (see what I did there?) background noise. Most of them do this via a scientific phenomenon called phase cancellation.

I won’t bore you with a detailed explanation of how this works. In simple terms, noise cancelling earbuds pick up the sound waves created by ambient noise via small microphones and flip those waves by 180 degrees. When two identical sound waves are 180 degrees out of phase, they cancel each other out. Voilà, that pesky background noise is gone.

The point of all this is not to show you how clever I am (well, ok, maybe a little bit), but to clear the confusion that surrounds noise cancelling earbuds and what they do.

Which brings me to the next point.

But noise cancelling earbuds and noise isolating earbuds are not the same thing. This is something you should be aware of, as you probably want to avoid shelling out the big bucks on a pair of earbuds you have the wrong impression of.

Not all noise cancelling earbuds are created equal. So with that out of the way, let’s have a look at the top five products on the market today.

Bose is often thought of as the gold standard when it comes to audio equipment, and their QuietComfort earbuds are no exception. Not only are they the highest-rated noise cancelling earbuds on Amazon, but they’re widely regarded as best in class.

Bose’s QuietComfort earbuds come in 2 versions – one for Android and one specifically tailored to iOS devices (the suggestively called 20i). Their tips are made of soft silicone, which makes them comfortable to wear for long periods, an 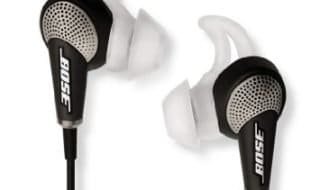 d have hooks that allow you to secure them to your ears so they don’t fall out.

Their noise cancellation capabilities are second to none, and they easily outperform the competition. They also have an “aware mode“, which allows you to turn off the noise cancelling function. This comes in handy for situations when you need to be careful, like crossing the street.

The QC 20 / 20i’s biggest disadvantage, predictably, is the price. At £ 260 this is particularly steep, especially if you’re going for the Android version, which doesn’t have the basic functionality of volume control. The size of the QC’s battery pack can also be awkward, especially if you like – ahem – sporting your QCs when you’re off for a jog. 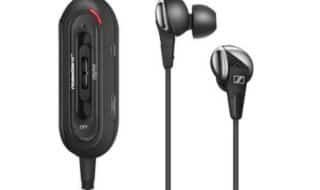 The worst thing about the CXC 700 earbuds, however, is their tendency towards sibilance, which is probably the result of a failed attempt at producing a rich high-frequency spectrum. Again, price is a factor here. If these were a cheap, or even mid-level pair of earbuds, you’d be prepared to make do. But these are £200 earbuds. At this price point, questionable sound quality is just not on.

Even though you might not have heard of Phiaton before, their latest offering – the BT 220 – is still worth checking out.

At £126, they’re cheaper than the Bose QC20s, but still have excellent sound quality and noise cancelling capability. In fact, with a frequency range of 10Hz to 27KHz, they cover way more frequency than you could probably ever hear (trust me on this). They also boast a “monitoring” function, which allows you to pause the music to have a listen to what’s going on around you, as well as NFC capability (that’s near-field communication, in case you were wondering). 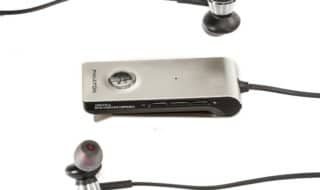 On the downside, the BT 220 isn’t particularly good looking, and sports a remote control that’s wired, rather bulky and awkward. The remote does have a clip, so you can attach it to your clothing in an out of the way area, but this can be a bit of a pain (and who clips stuff to their clothes nowadays anyway?). That being said, they’re still worth checking out. If you’re after sound quality but aren’t that finicky on design, they offer some good bang for your buck.

At £60, the Audio-Technica ATH ANC-23 are one of the cheaper options on the market. Most audiophiles know Audio-Technica of course. The brand name, coupled with the price tag, probably give it an edge over the Phiaton. The earbuds also boast a 4 star rating on Amazon, which seems to bolster the claim that these are noise cancelling earbuds of solid quality. 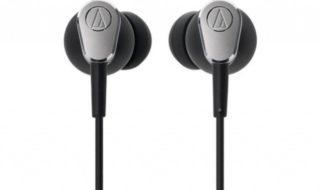 Like the Sennheiser CXC 700 earbuds, the ANC-23s work on standard AAA batteries instead of a rechargeable battery. According to the spec sheet, however, the ANC-23 earbuds can withstand 60 hours of continuous playback before the battery drops dead, which is a nice way to say that they blast the Sennheisers completely out of the water and then some. Still, if you’re not into buying batteries and carrying spares, or if you’re simply a more environmentally conscious kind of person, this might be a deal breaker.

Surprisingly enough, the MDR-NC31 earbuds are the cheapest on this list. You can snag yourself a pair from Amazon for £25, which is pretty cool for a big name brand like Sony. But as with anything that sounds too good to be true, there’s a catch. And in this particular case, it’s a pretty big one too. 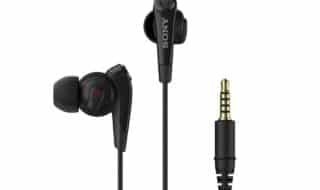 Firstly, these earbuds seem to be at the lower end of the spectrum in terms of quality. They tend to get uncomfortable if you’ve been wearing them for a while. They also lack control buttons, so you’ll have to reach for your smartphone if you want to pause playback or answer calls. If your plan was to lie around all day and expend as little effort as humanly possible, this is bad news (but then again, it’s also bad news if you’re going about your day and are otherwise occupied).

All in all, most of the earbuds I’ve considered above perform as advertised – they offer reasonable sound quality and background noise cancellation. The main differences between them are extra features and design. So which brand you go for will depend on your budget and the amount of features you need, or can live without.

Bose of course remain the brand to beat if you’re looking for the best quality sound, comfort and noise cancellation capability with some nifty extra features thrown in. However, they come with a prohibitive price tag. If you’re on a budget, and don’t mind forgoing cutting edge design or stocking up on AAA batteries, Phaidon and Audio-Technica are both great options to consider. Audio-Technica in particular seem quite worthwhile.

On the other hand, unless you’re a Sony Xperia aficionado or a fan of hissing noises respectively, you should probably steer clear of the Sony MDR-NC31 and the Sennheiser CXC 700.

Here they are, the best noise cancelling earbuds to make our updated 2017 list.