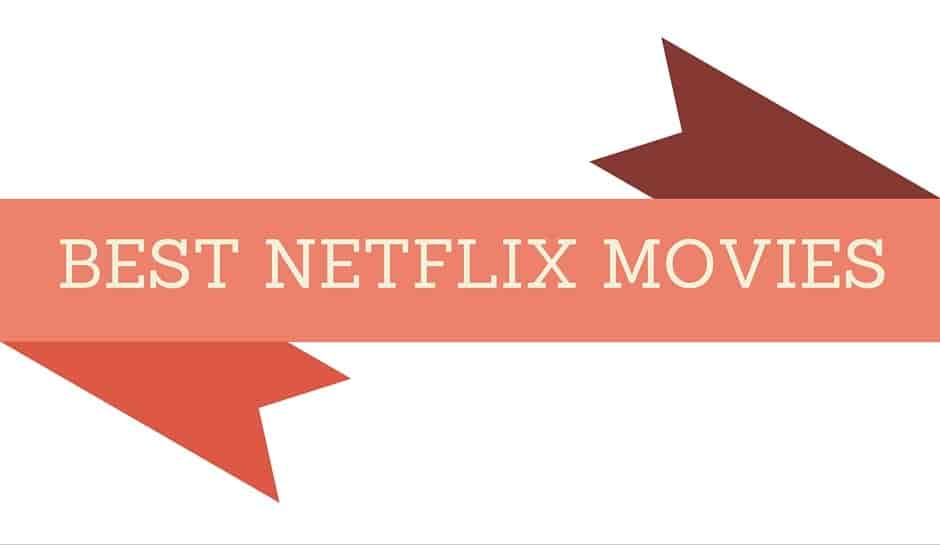 In here you’ll find the best Netflix movies to choose from.

It’s undeniable that Netflix has changed the lives of many movie-loving souls since the streaming service was launched back in 2007. It has definitely made life easier and, in many ways, a lot better for many average movie lovers.

Gone are the days when everyone had to set alarms to make sure they don’t miss their favorite movies that are scheduled to play on cable TV. So is the endless waiting for movie downloads to complete, as well as the perpetual freeing up of space on computers for users to make way for their favorite flicks.

Now that everyone has the capability to watch practically anything they want to watch on Netflix, the biggest dilemma will always be deciding on which movie to watch.

But fret not — we’ve come up with a list of the best Netflix movies that no one should ever miss.

This rather unpopular movie was gravely overlooked by many moviegoers when it was first shown back in 2008. Starring Colin Farrell, the movie focuses on a hired gun impatiently waiting for his next assignment. In Bruges features a lot of plot twists and turns that will leave you laughing — and crying — so hard.

It’s definitely a movie not to miss.

Definitely, a classic, 1997’s Good Will Hunting is without a doubt one of those movies worth watching time and again. This timeless piece was created during the earlier days in the careers of many big shot movie stars including Matt Damon and Ben Affleck.

A rather unpopular movie that’s definitely worth watching, Django Unchained features one of the best performances of Leonardo DiCaprio during his younger years.

American Beauty is a drama film that many people have watched at least once in their lives. If this is a movie you haven’t watched yet, it may be something you may want to view on Netflix.

If there is a Brad Pitt movie that one must never miss, it has to be this one. Inglourious Basterds is an extremely entertaining movie set in the World War II era that mixes both gore and fun — something that definitely says the movie was directed by no less than Quentin Tarantino himself.

Now that we’ve mentioned legendary director Quentin Tarantino, it is definitely impossible not to bring up the glorious days of Kill Bill — a movie starring Uma Thurman that certainly redefined “girl power” in Hollywood history.

And while we’re at it, let’s not forget Mr. Tarantino’s 1994 classic, ‘Pulp Fiction.’ This movie can be considered one of those that redefined Hollywood movie history. Starring John Travolta, Samuel L. Jackson, Uma Thurman, and Bruce Willis, ‘Pulp Fiction’ is definitely one of the movies not to miss on Netflix.

Who can ever forget about that famous goosebumps-inducing line from the 1999 blockbuster, ‘The Sixth Sense’?

Written and directed by the famed M. Night Shyamalan, this scary movie is definitely a classic worth watching time and time again.

Who doesn’t want to watch the movie that mostly made both the movie and political careers of former California governor Arnold Schwarzenegger? This 1984 classic is definitely something worth watching, despite the fact that it was a futuristic movie created over three decades ago.

Before ‘Gossip Girl’ and other wannabe mean-rich-children-movies were even conceived — there was Cruel Intentions. Launched in 1999, the movie features Reese Witherspoon and ex-husband Ryan Philippe, together with ‘Buffy the Vampire Slayer’ star Sarah Michelle Gellar. The film tells the twisted story of affluent teens of the Upper East Side of Manhattan, the very same location where ‘Gossip Girl’ characters lived. Fans who were able to watch this fascinating film before ‘Gossip Girl’ was even launched could very easily point out the uncanny similarities between the two. The film is definitely a must-watch.

More than a decade after Regina George has taken the world by storm, the queen bee of all teen flicks remains ultra-popular and undoubtedly unforgettable. ‘Mean Girls’ is definitely one of those films that you just can’t help watching over and over again — and you can find it on Netflix.

For those with way too much time on their hands and the classics in this best Netflix movies list just won’t do, we’ve also come up with a list of movies to watch out for on Netflix this year.

Here’s what we have so far:

This movie revolves around a talented and internet-famous young basketball player who found himself having a hard time trying to get along with his coach and fit with his team after his video went viral.

This is definitely one of the much-awaited sequels to a classic, which is the same movie that brought Zhang ZiYi to fame. Crouching Tiger, Hidden Dragon: Sword of Destiny is just as packed with drama as it is with action. Certainly a must-watch for both the young and old alike.

ARQ is a movie about an engineer who had to do everything he can to protect valuable technology from the bad guys. The technology, which is capable of providing unlimited energy to the whole world, somehow made a time loop that forced the protagonist as well the masked intruders to live that same day over and over again.

This drama-thriller set in the 1960s revolves around the story of an Irish commandant who led a standoff against Belgian and French assassins in Congo. ‘Fifty Shades of Grey’ heartthrob Jamie Dornan stars in this film.

The Clinical follows the struggle of a psychiatrist who tries to battle the same thing her patients seek her help for after going through a traumatic incident.

Mascots is a movie that gives viewers a closer look on competitive mascots and what their world is like.

I Am The Pretty Thing That Lives In The House

This movie revolves around the story of a young nurse who was hired to take care of an elderly author who wrote about ghost stories, in a house that turned out to be haunted.

Special Correspondents is a movie about a journalist who faked his own kidnapping along with his technician while on an assignment in South America in a lame attempt to come up with a good story.

Underground is a movie about a pledge who had to choose between speaking up against his fraternity’s violent hazing rituals and keeping his silence.

War Machine is a satirical take on the United States’ war against Afghanistan featuring Brad Pitt as one of its lead actors.

First They Killed My Father

Based on a memoir written in the year 2000 by Cambodian activist and author Luong Ung, ‘First They Killed My Father’ touches on the genocidal reign of Khmer Rouge in Cambodia, which left millions killed between the years 1975 to 1979. What makes this film a little more interesting is that aside from the fact that will be directed by no other than Angelina Jolie herself, it will also feature the acting debut of her son, Maddox, who was born in the same country.

UPDATE: And because new movies just keep flowing in on the world’s favorite online movie streaming service, here’s some more of the best Netflix movies to watch out for this month:

The movie follows the life of a geek named Malcolm, who lives in a tough neighborhood. Things started to get interesting after he got invited to an underground party that eventually sprung an adventure for him and his friends all the way to Los Angeles.

This 2007 film starring Keira Knightly is the same film that got Saoirse Ronan her first Oscar nomination when she was still 12 years old. eased on a novel written by Ian McEwan, the movie’s story revolves around scheming little girl Briony (played by Ronan), who made false accusations against her sister’s lover.

Stardust is a 2007 film starring Claire Danes, Robert De Niro, Michelle Pfeiffer, and Sienna Miller. The film is set in a town by a countryside, bordering a magical land. In the film, a young man promises his dearly loved that he would retrieve a fallen star by crossing the border into the magical land.

Sin City is a neo-noir crime movie from 2005. Directed by no other than Quentin Tarantino himself, the film explores the dark and gloomy town of Basin City. Starring Jessica Alba, Devon Aoki, Bruce Willis, Rosario Dawson, Elijah Woods, and Benicio Del Toro, among others, the movie’s story follows the lives of three people stuck caught up in bad situations surrounded by violence and corruption, in a storyline consisting of four tales of crimes. This movie is definitely one to watch on Netflix this year.

If you’ve made it this far on the list, chances are that you’ve either already watched most (if not all) of the best Netflix movies we’ve listed above, or you’ve decided that these movies simply do not suit your taste.

Well, we’ve come up with a few more movies to watch out for in Netflix this month. And here’s what we’ve gathered:

Starring Robert De Niro, Ellis is a short film that portrays the lives and struggles of migrants during the early years of Ellis Island through an art installation that was discovered on one of the abandoned buildings in the island. The discovery unexpectedly unravels the haunting history of generations upon generations of migrants in the island.

Open Season is a highly entertaining animated movie from Sony that follows the adventures of two unlikely allies. The film features a 900-pound domesticated grizzly bear named Boog, who, due to unfortunate circumstances, found himself trapped in the woods just three days before the open season. Left with no choice but to rely on a deer called Elliot, who speaks faster than a speeding bullet, Boog forms an army of vulnerable animals in hopes of fighting off open season hunters. This film features the voices of Martin Lawrence (who plays Boog), Ashton Kutcher (who plays Elliot), and Gary Sinise (who plays the voice of Shaw).

How interesting can a movie about a kitten party, entitled ‘Kitten Party’, get exactly? Very, apparently. According to (extremely) surprising rave reviews by Netflix users, this severely overlooked film might just be what we all need to live a better life. The movie follows the life of Whiskers, a kitten who decided to invite 50 of his best friends to an epic party that neither they nor we can forget for the rest of our lives.

Starring Saoirse Ronan and Alexis Bledel, Violet & Daisy is a 2010 film about two teenage hired guns who took a mission they both thought was going to be easy in hopes of getting quick cash that they were planning to use on buying dresses that they’ve been eyeing. Problems arose, however, once the two saw an unexpected target show up in the scene.

This movie is definitely one to watch from this best Netflix movies list.

Cartel Land is a documentary film from last year that has been nominated for Best Documentary Feature at the Oscars. The movie chronicles the battle of two groups of vigilantes against the notorious Mexican drug cartels.

The two group of vigilantes fighting for a common cause hail from the opposite sides of the Mexican border. One group hails from the Arizona Recon Border in America, and the other one, a rebel uprising — from Michoacán, Mexico. This film opens viewers’ eyes to the harsh reality that showcases the power of drug syndicates over corrupt officials, and how the process of uprising also breeds corruption among those who choose to rebel against the Mexican government.

One of the best movies ever made, Cartel Land is definitely a must-watch on Netflix.

Keep checking N4BB for latest on the Best Netflix movies of the year! 🙂