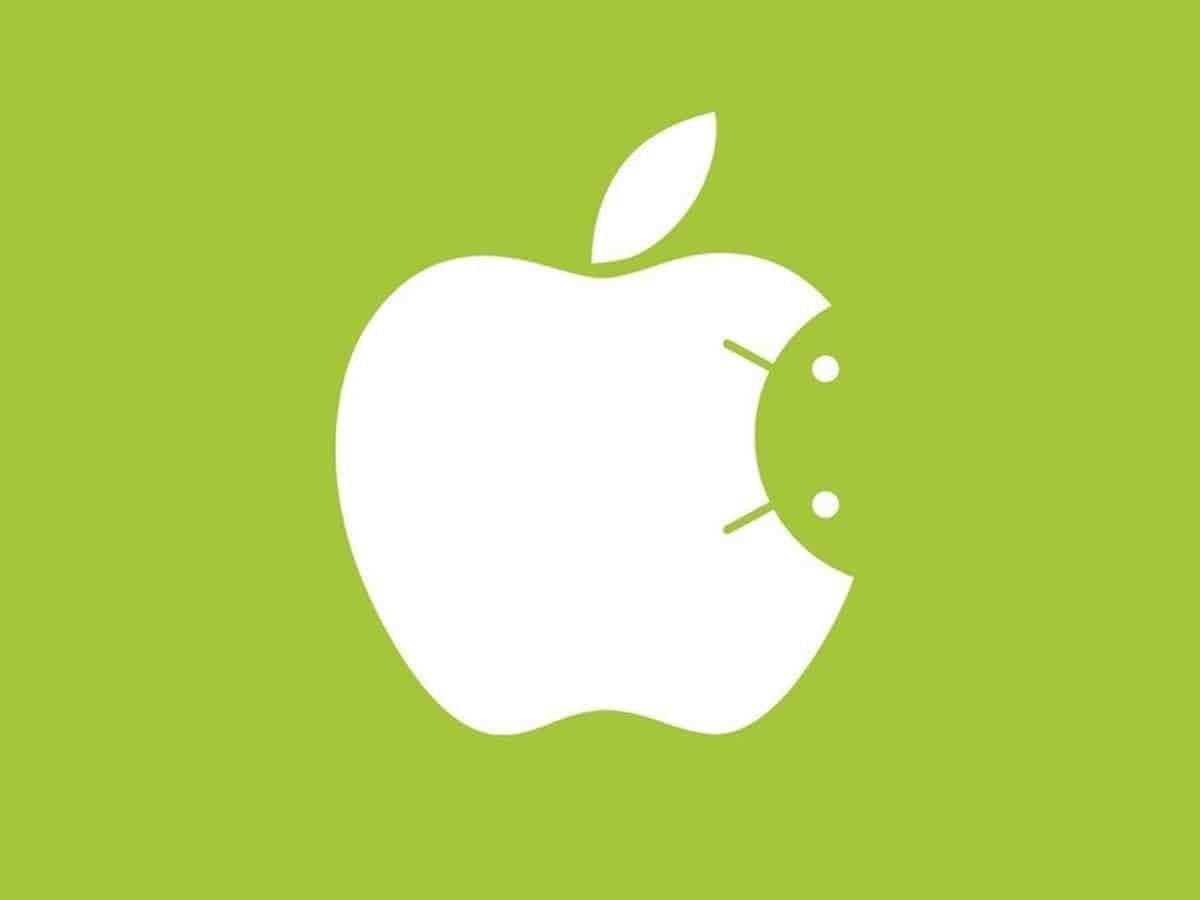 What on earth is an iPhone launcher app?

Why would I need one for my Android device?

And which one’s the best, anyway?

If you’ve been scouring the Internet for the answer to these, as well as other mystical questions about life, the universe and everything, look no further. This post is where you’ll find the revelations you seek.

But first, let’s go over some basics.

The top three mobile operating systems on the market

Given that it’s market share in the second quarter of 2015 clocked in at a whopping 82.8 percent (iOS, the second best, isn’t even close at 13.9 per cent), it’s pretty safe to say that Android completely dominates the mobile operating system market.

Android’s dominance, of course, is partly attributable to Samsung’s Galaxy models – Android’s flagship high-end smartphone and the iPhone’s main competitor. But Samsung Galaxy sales alone aren’t enough to justify such a huge difference in market share, especially since sales of the Galaxy S6 and S6 Edge have been disappointing so far.

iOS only powers iDevices. Android, on the other hand, powers a vast range of other smartphones both at the high end of the spectrum (Google Nexus, HTC One and even the new Blackberry Priv) as well as mid-tier and budget handsets.

And herein lies the proverbial rub.

iDevices are and will remain, at a premium. Even Apple’s foray into budget handsets wasn’t easy on the pocket. Priced at over $ 250 to start with, the now discontinued iPhone 5c was far from being the budget phone it was touted to be.

By contrast, you can easily get a perfectly serviceable Android smartphone for under $200. In fact, some so-called budget smartphones are said to completely obliterate the iPhone in terms of technical specifications and performance (I’m looking at you, OnePlus).

So, what is an iPhone launcher app, exactly?

Ok, so we’ve established that a) iPhones are expensive and b) Android powers an incredibly wide selection of iPhone alternatives, including many of the cheaper devices on the market.

But what if you want to try out iOS and can’t afford an iPhone?

Or maybe you’re just bored with the Android interface, and want to try something new?

The solution, of course, is an iPhone launcher app.

As the name suggests, an iPhone launcher is an app which replicates the iOS experience on your Android phone. Remember when you used to install software such as BootCamp to replicate the Windows experience on a Macbook or iMac? An iPhone launcher app sort of does the same thing, only in reverse. It brings the iOS experience to your Android by converting your smartphone’s interface and making it look like iOS (Oh, how times have changed!).

But lest my comparison to BootCamp give you the wrong impression, I should warn you that the change brought about by an iPhone launcher app is purely cosmetic. An iPhone launcher app will make your phone’s interface look like iOS, but it won’t allow you to run iOS apps on your phone. You need an emulator for that.

With that out of the way, and without further ado, let’s have a look at the best iPhone launcher apps on the Android store today.

The first on my list is the aptly titled One Launcher, which also happens to enjoy one of the highest ratings for an iPhone launcher app on the Google Play store. It’s also completely free and doesn’t run any ads.

While the interface is pretty close to replicating iOS, the icons are more of a riff on the iOS style rather than an exact copy. The user experience itself, however, is very close to replicating iOS. Pressing and holding an app, for instance, allows you to move your apps around or create folders. You can also switch to “single hand mode” if you have difficulty using the whole screen with one hand, just as you’d do with the iPhone’s recently launched reachability function.

The One Launcher app also boasts a host of features to help you supercharge your phone. It supports smart widgets, including a desktop clock icon that dynamically displays the time. You also won’t be stuck to simply flipping between screens, but can instead choose to rotate, fade, windmill, or even bulldoze if that catches your fancy (bulldozing would sure feel great on those pesky Monday mornings!).

Finally, the app has a number of native apps, including a memory cleaner and an All Apps icon, which sorts all your apps in alphabetical order. Admittedly, while these additions are pretty smart, they do somewhat break the illusion of owning an iOS device. It also isn’t possible to customize your lock screen (you’ll need a separate app for that, called One Locker). Other than that, there’s not much you can fault the One Launcher for.

Much like the One Launcher, the iLauncher OS boasts a high rating on the Google Play store; it’s free and performs as advertised, doing a great job of emulating the iOS experience. Holding down an app makes it buzz, just like it does on iOS. Unlike the One Launcher, it also allows you to iPhone-fy your lock screen, so to speak, without having to download a separate app. This is definitely a plus.

That being said, the iLauncher OS is a pretty no-frills app. Other than changing the wallpaper, there isn’t much you can do to regarding customization. The launcher app also has none of the additional features you’ll find in the One Launcher. This is all well and good if you only want to make your phone’s interface look like iOS, but not so good if you’re looking to supercharge your phone with some additional nifty features.

Unfortunately, opening the launcher app’s settings will reveal full page adverts, which is a bit of a bummer. An ad-free version hasn’t been made available so far.

The 6+ Launcher is another free iPhone launcher app that takes its name from the iPhone 6 Plus, and it’s one of the newer iPhone launcher apps available on the Google Play store. It has an overall rating of 3.8, which isn’t as high as the rating for the One Launcher or iLauncher OS (which in both cases is a whopping 4.5). That being said, it isn’t so bad if you keep in mind that the 6+ Launcher is currently still in beta.

The 6+ Launcher doesn’t go for an exact replica of the iOS interface, but it comes pretty close and has some great-looking wallpapers to boot. It also features a My Apps screen. Long pressing an app in the My Apps screen, which you access by swiping left, pins it to your home screen.

Of course, you’ll be excused if you’re not too keen on downloading an app that’s still in beta. The app also has way too many ads and, annoyingly, there’s no way to disable them. Seeing as there are other free iPhone launcher apps on the market with more unobtrusive ads or no ads at all, this is quite a setback.

This iPhone launcher app isn’t free (you can download it from the Google Play store for the relatively modest sum of $ 1.15), but it gets my vote because of the funny name and logo.

Both the interface and the icons are stunningly close to the classic iOS look and feel. At first glance, you could easily mistake the Play Store’s icon for the App Store, for example.

The iPear HD iOS Launcher is completely ad free, but seeing as it’s a paid app that should go without saying. It’s fast, doesn’t take up much memory (a mere 1.2 MB) and also features HD display support.

Overall, however, it’s a no-frills iPhone launcher app that doesn’t do anything particularly special. Other than having a witty name there’s nothing much to justify shelling out the cash for it, no matter how little that cash is.

Even though they share a name, this isn’t the same iLauncher (developed by KT Mobile) we’ve talked about before. This iLauncher is made by a different developer, who suggestively calls himself suckgamoni. It’s also a paid iPhone launcher app and, truth be told, at $ 2.56 the price is relatively steep.

This iPhone launcher app’s main selling point is its endless customization options. Besides having a dedicated editing menu, it boasts a vast choice of different themes and wallpapers, as well as icon pack support. Short touching an icon while in editing mode will also open up a customization menu, which allows you to change the look and feel of individual icons even further.

If you’re tired of the Android interface and want to live out the iOS experience without the price tag, there’s plenty of iPhone launcher apps you can download off the Google Play store that will do just that.

Many iPhone launcher apps on the market are free and will perform just as advertised, replicating the iOS experience almost to a t. However, the One Launcher seems to be the best in class. Not only does it seamlessly replicate the iOS experience, but it also throws in some additional nifty features to supercharge your phone. The fact that you need another app to convert the lock screen to iOS is a bit of a bummer, but one that could be easily rectified in future updates.

If on the other hand, customization options are more important to you than supercharging your phone (and as long as you don’t mind paying extra for the privilege), the iLauncher developed by suckgamoni is bound to leave you spoilt for choice.