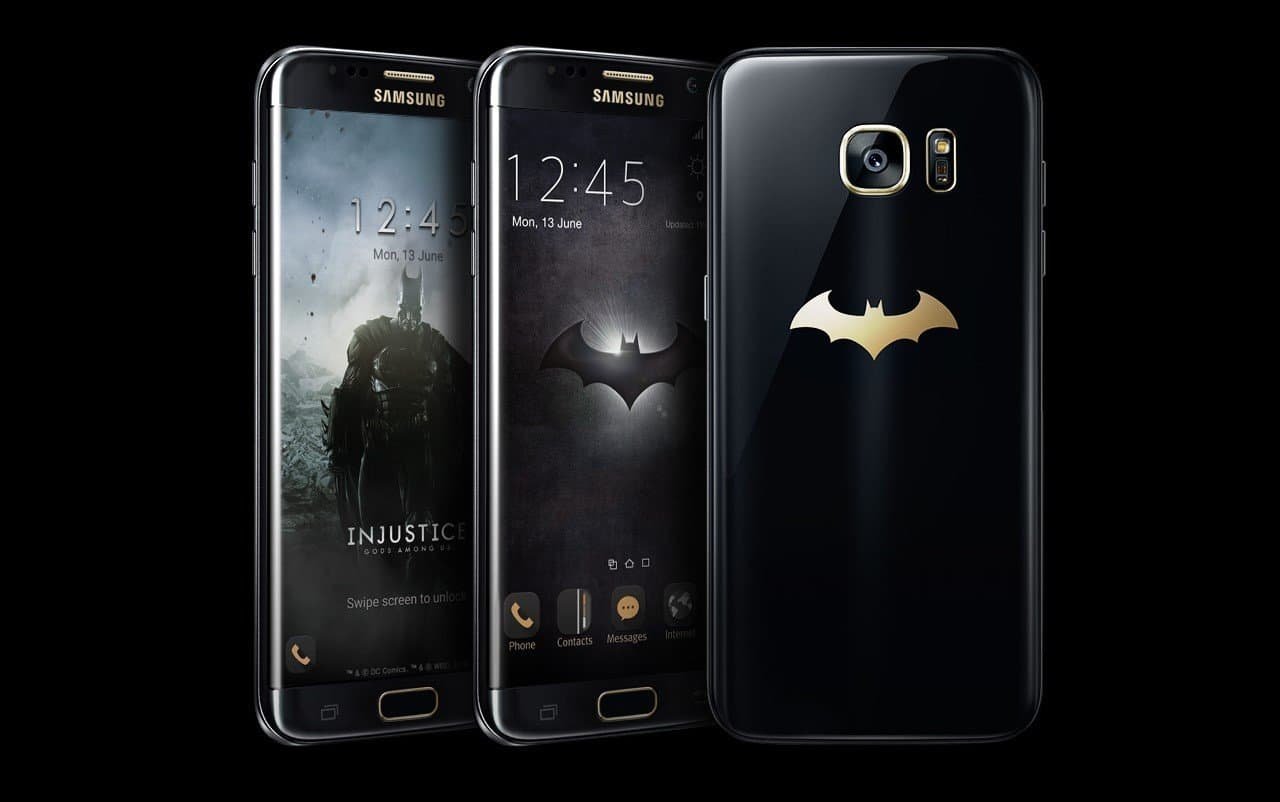 Die hard Batman fans are going to like this, but only some will be able to buy this limited edition Samsung Galaxy S7 Edge Batman smartphone.

The Galaxy S7 Edge is a great smartphone, and if you’re a Batman fan, you’ll love the new Injustice limited edition that Samsung recently announced. It’s the smartphone that you deserve, but not the one you need right now.

This limited edition S7 Edge was made to celebrate the third anniversary of Injustice: Gods Among Us, which is a popular Android game. Samsung collaborated with Warner Bros. Entertainment to come up with this limited edition tribute to Batman.

Officially known as the Samsung Galaxy S7 Edge Injustice Edition, the phone features gold accents all around and a gold Batman logo at the back. And yes, it is available in black, only. The S7 Edge is a good looking phone, and it looks even cooler with that Batman logo and gold accents.

And, it’s not just that. The Galaxy S7 Edge Batman edition comes in a different retail box. Inside the box, you’ll find a full sized Batarang, a Batman protective case, and in some countries, a Gear VR. The limited edition S7 Edge will be sold in China, Singapore, Korea, Latin America, Russia and other countries, starting from June 1st or 2nd week. Watch the official unboxing of the smartphone below;

That’s not all. The S7 Edge Injustice Edition comes with a Batman themed Always-On screen, which shows important notifications, time, and other information. You also get the Batman Prime Pack game credit and Oculus VR content vouchers with the purchase.

Hard-core Batman fans may want to get their hands on this limited edition device, as it is going to be rare and worth collecting. The S7 Edge is a great phone, and has the latest hardware, a brilliant camera, and one of the best displays in the market.

Samsung hasn’t announced the price for the Galaxy S7 Edge Batman edition smartphone. Once we learn the price, we’ll update this article. What do you think of the special edition? Will you be buying one?