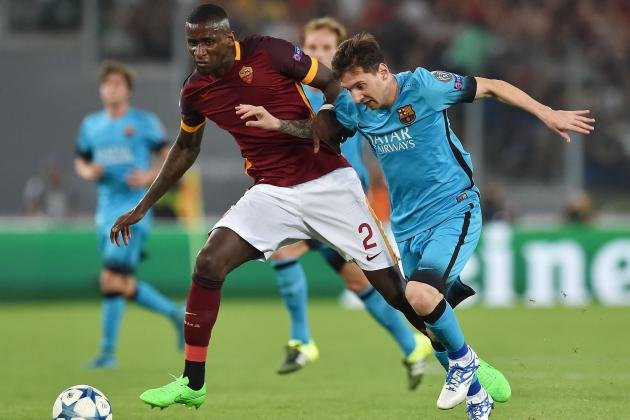 Barcelona are in route to make their place as the group leaders in the knockout stages of Champions League as they require only a point against AS Roma to qualify as winners from Group E.

A win in the match will also make sure that Barcelona can make an entire change in the team during their final match against Bayer Leverkusen so that the important players can rest.

The Catalan side needs to play the Club World Cup tournament next month and it’s likely that the team will go ahead in the game with an impressive form to take away all three points at home. Coming from an outstanding win against Real Madrid in the domestic league, the Barcelona side look masterful in their performance and they surely should try to do the same.

On the other side, Roma looks strong up front in the domestic league, however, their defense is what Barcelona can penetrate easily and create chances with the likes of Lionel Messi, Neymar and Luis Suarez playing upfront. Barcelona’s defense looks solid as they’ve kept clean sheets in five of their six matches.

Barcelona’s culminating performance against Real Madrid should surely be a devastating story for the Roma side and they need to keep up their spirits high if they are even to take away a point from Camp Nou. Six of the important players are out from the team because of injury issues and only four of them could make the starting XI, if fit.

ESPN sports has exclusive rights to stream Champions League matches and if you have access to WatchESPN, you can go to WatchESPN.com and stream this fixture.

Or, if you’re a Fox Sports Go subscriber, you’ll also have access to stream the penultimate group E fixture between Barcelona and Roma.

For viewers living in India and other Asian countries, the match will be live on Ten Sports where you can stream the game through a cable or satellite subscription.

If you’re a mobile user but have a Fox Sports Go subscription, all you need to do is download the app for your Apple device. The app is also available on other platforms like Android, Amazon and Windows and you’ll need to enter you login details to access the online streaming.

There’s also a Watch ESPN app which can be downloaded for free on App Store, Google Play Store, the Amazon App store or the Windows Store which will give you access to the ESPN live streaming.

Drop you predictions for Barcelona vs Roma fixture in the Champions League tonight in the comments below!