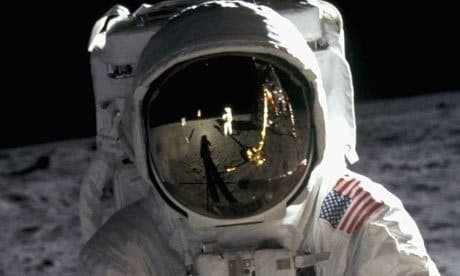 It’s time to revamp that resume because NASA announced Wednesday that they’re searching for a new lineup of astronauts for missions beginning in 2017! Applications will be accepted beginning Dec. 14 for the next round of lucky aspirants that want to take a leap into the mysterious vacuum we call space.

You’ll need at least a bachelor’s degree in biological science, mathematics, or engineering and at least three years of experience in your department of expertise or 1,000+ hours of pilot-in-command time in a jet aircraft. It’s preferable you’re of average height and weight, with a great history of health tied to your background. Top that off as being an American citizen and guess what? You’re a likely candidate to qualify for the position! Now all you have to do is get over your fear of heights… or small spaces. Or large, for that matter, depending on how you perceive traveling through space!

Yes, there is talk and truth behind a mission, or missions, to Mars. However, before NASA pushes humans out into the nether regions of space, astronauts will first be needed to test out two commercial space flight vehicles: Boeing’s cutting-edge spaceship CST-100 Starliner as well as SpaceX’s Dragon crew capsule. New missions will be done on the International Space Station and NASA’s Orion deep-space exploration vehicle will need a promising crew. One mission surrounding an asteroid is underway. We won’t be hearing of realistic Mars missions until about the 2030s.

“With more human spacecraft in development in the United States today than at any other time in history, future astronauts will launch once again from the Space Coast of Florida on American-made commercial spacecraft, and carry out deep-space exploration missions that will advance a future human mission to mars.” – NASA

It’s Been a While…

NASA hasn’t accepted applications for astronauts since 2012, when more than 6,300 men and women applied. This time, they’re hoping for the same as they search for the right candidates displaying the best mix of skills, background, and education. All three are important to consider, so that each astronaut has the needed capabilities to effectively work on a vast array of operational circumstances. Currently, there are only 47 NASA astronauts completing current assignments and missions. 2000 was the peak of the space shuttle era, when 149 astronauts had the advantage of working for NASA all at once.

“This next group of American space explorers will inspire the Mars generation to reach for new heights, and help us realize the goal of putting boot prints on the Red Planet,” NASA Administrator Charles Bolden stated who is also a former astronaut.