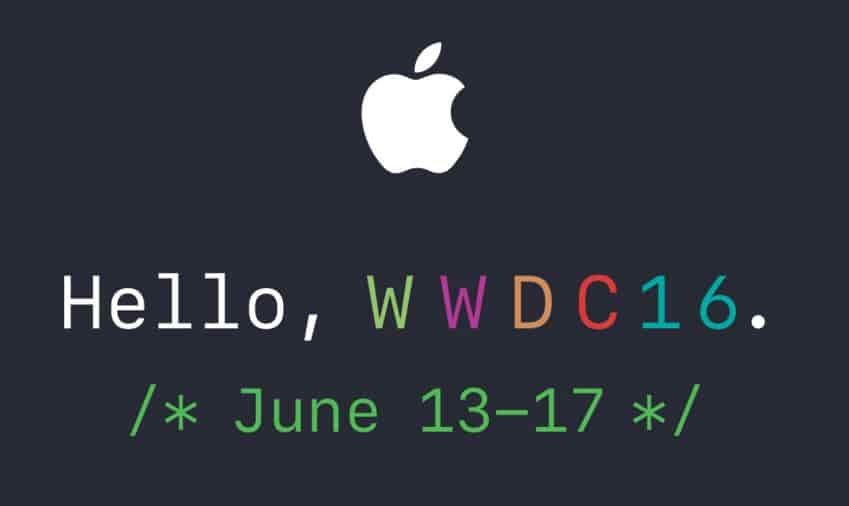 Apple has announced the WWDC 2016 dates in a Press Release. This years developer conference will take place on June 13 in San Francisco.

The 27th Apple Wordwide developers conference will start on June 13 and go on till June 17. The keynote will take place at the Bill Graham Civic Auditorium in San Francisco. The rest of the event, including developer sessions and other activities, will be held at Moscone West.

“With four innovative operating systems and a new, intuitive programming language powering over 1 billion devices worldwide, there has never been a more exciting time to bring our developer community together. WWDC 2016 is going to be a landmark event for developers who are coding in Swift, and building apps and products for iOS, OS X, watchOS and tvOS. “

The company is expected to announce iOS 10, watchOS 3, OS X 12 and other software related updates at the conference. If you’re interested, you can apply for tickets now until April 22, but Apple reserves the right to give you a ticket.

Like last year, Apple will randomly select developers who will then be told if they can purchase a ticket. Each WWDC 2016 ticket costs $1,500 and gives you access to the keynote, seminars, presentations, one-on-one activities, chance to meet other popular app developers, and lots more. If you’re accepted, you will receive the confirmation by April 25.

Apple is also giving 350 developers a chance to come to the conference for free via WWDC Scholarship. 125 of these scholarship recipients will also be given free transport.

You will get to meet over 1,000 Apple engineers, and take part in around 150 labs for OS X, iOS, watchOS and tvOS. New features, design, performance and other aspects of all Apple operating systems will be available to attendees.

Developers from over 70 countries will be present at the conference, and there will be plenty of presentations with guest speakers. Finally, the Apple Design Awards for iOS, OS X, Apple TV and Watch apps will be presented at the event.

In case you don’t get to go for the conference, you can stream WWDC 2016 from the website or the WWDC app. To register for the event and apply for a ticket, go here.