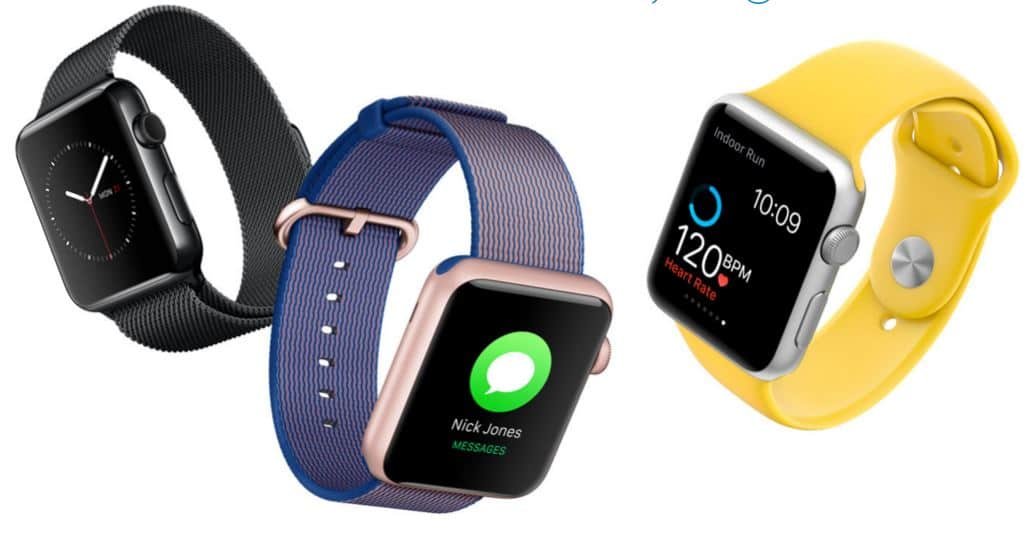 We weren’t expecting Apple to announce the Apple Watch 2, but we did know about new bands and release of watchOS 2.2. During the keynote, Apple took some time on stage to talk about the new bands available for the Apple Watch.

Existing bands are getting more color options along with some new bands made out of materials such as woven-nylon. Apart from that, Apple will now sell the smartwatch for $299, cutting $50 off its original retail price of $349. The 38mm Apple Watch Sport will now sell for $299, making the watch accessible to more people.

The new Woven-nylon band is manufactured with rigidity in mind and comes with a metal buckle. It is available in the following color options; Gold/Red, Gold/Royal Blue, Royal Blue, Pink, Pearl, Scuba Blue, and Black. The band is available in both 38mm and 42mm sizes, for $49.

Apple has added a Black Stainless Steel Milanese Loop to its collection of bands. This new band will go well with the Black stainless steel Apple Watch and is available for $149. Previously, you could only get the silver band or had to resort to fake bands.

That’s all the new Apple Watch updates that were announced at the event. We’ll probably see the next gen Apple Watch 2 later this year, sometime in September, alongside the iPhone 7 and 7 Plus.

What do you think of the new Apple Watch pricing and the new bands? Will you be buying one?