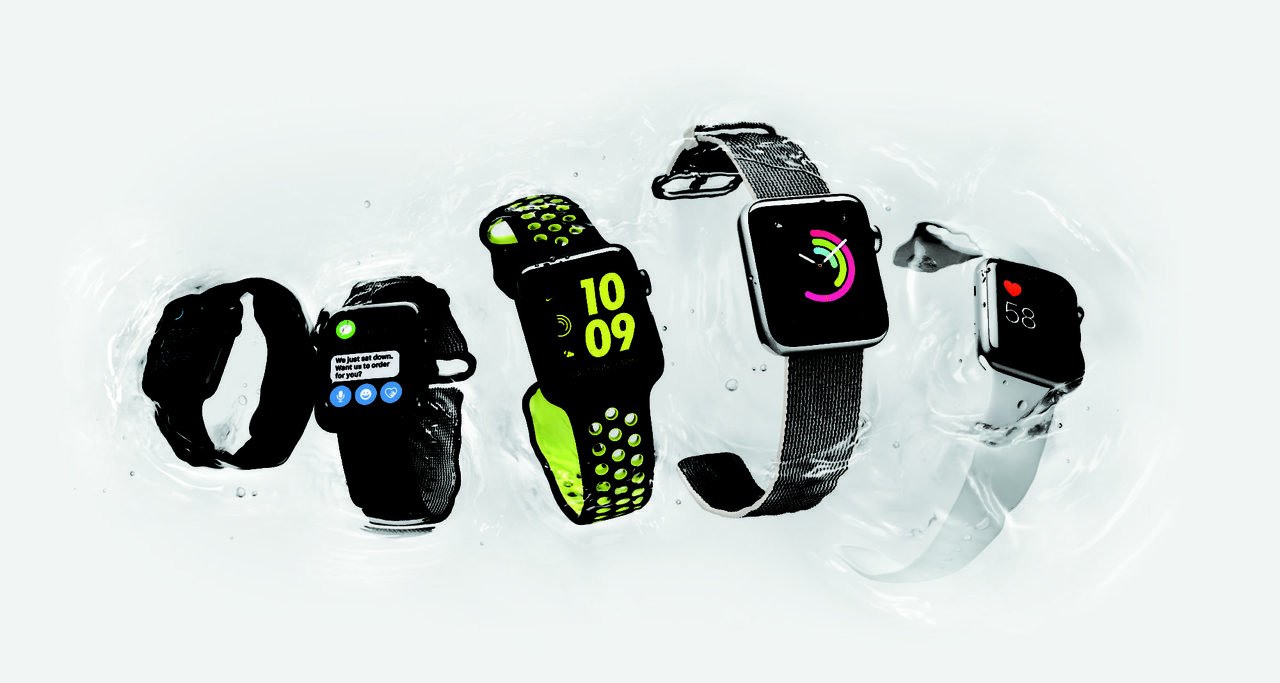 With the rollout of the Apple Watch Series 2, fans of the Apple smartwatch have reason to celebrate. It is a square device that tells time, displays notifications, tracks fitness stats and looks a lot like the original Apple Watch.

But that’s where the comparison ends. The new Apple Watch Series 2 boasts of some major additions.

Improved swiping controls give you faster access to apps. The GPS feature operates with more autonomy without the need for an iPhone.

It’s also waterproof which means that, finally, like almost all the other competing fitness watches, you can wear it in the pool to track your laps. You can also toggle between open water swim and pool settings from a simple and straightforward menu.

Runners may want to drop the extra bucks and invest in the Apple Watch Series 2 Nike+ Edition that has a perforated band to prevent sweat buildup while you’re gearing up for that next triathlon.

The new Apple Watch Series 2 battery is slightly larger to support some of those cool new features; especially the GPS functionality. This adds a touch of bulk and weight (but not much) to your wrist than what is now called the Apple Watch Series 1 (which is still available).

The main problem with the new slightly fatter Apple watch 2 battery is that the estimated time it will run on a single charge is no more than a day; unlike many of the competing watches, like the Pebble which runs for several days without needing a recharge.

Is Apple Watch Series 2 for you?

If you’re an Apple fanboy or girl, then the updated screen (a 2X brighter OLED display), watch OS operating system, swipe functions and it’s utter Apple-ness may be enough for you.

The Apple Watch 2 also has a dual-core processor which, if you consider that the battery hasn’t increased in size that much, does mean cooler apps may be around the corner.

It’s unlikely that you will even feel the difference whether you’re swimming, biking or hoisting your wrist just to check the time (if people still even do that with watches anymore).

Apple made some incremental changes with the Apple Watch 2, which may not be enough to lure anyone but the hardest of hardcore fans.

Until Apple can provide consumers and athletes with a model that doesn’t need to see its charging cord for a few days, they may not see too many new converts to the Apple Watch Series 2 that starts out at a relatively pricey $369.