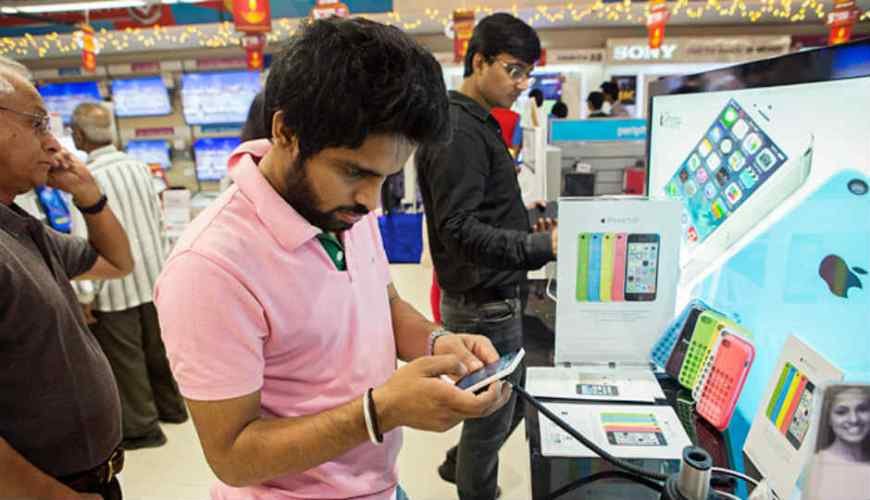 Apple is seeking approval from the Indian government to import certified used iPhones to be sold in India.

Sales of iPhones in India have risen from 200K units per quarter just a few months ago to an estimated 800K units in the recent quarter.

That should clearly give us an indication as to why Apple CEO Tim Cook is concentrating on India. He is quoted as saying, “We have been putting increasingly more energy in India.”

When Apple dropped the price of iPhone 5s model in India, thousands were iPhones were sold.

In the last quarter of 2014, at least half of the iPhones sold were older models.The 4S was offered by Apple for just Rs. 12,000, about $175. And these sales come from the brand new iPhone market.

With a current population of around 1.31 billion in India, Apple understands that extent of used iPhone market, and thus the hurry to invade.

Even with the huge boost in iPhone sales, Apple only controls a small portion of the sales in the country, where competitors like Samsung and Micromax rule the mobile segment.These companies offer competitive prices in comparison to the new-generation iPhones that are well beyond the means of the majority.

Apple plans to intensify its marketing efforts in India next year with the opening of a $25 million technology development office in Hyderabad, India.

There is also talk of India’s first Official Apple Stores.

The government has yet to give the green light to Apple’s request to bolster its market share in India, but if approved it would be the first country where Apple directly sells used iPhones.