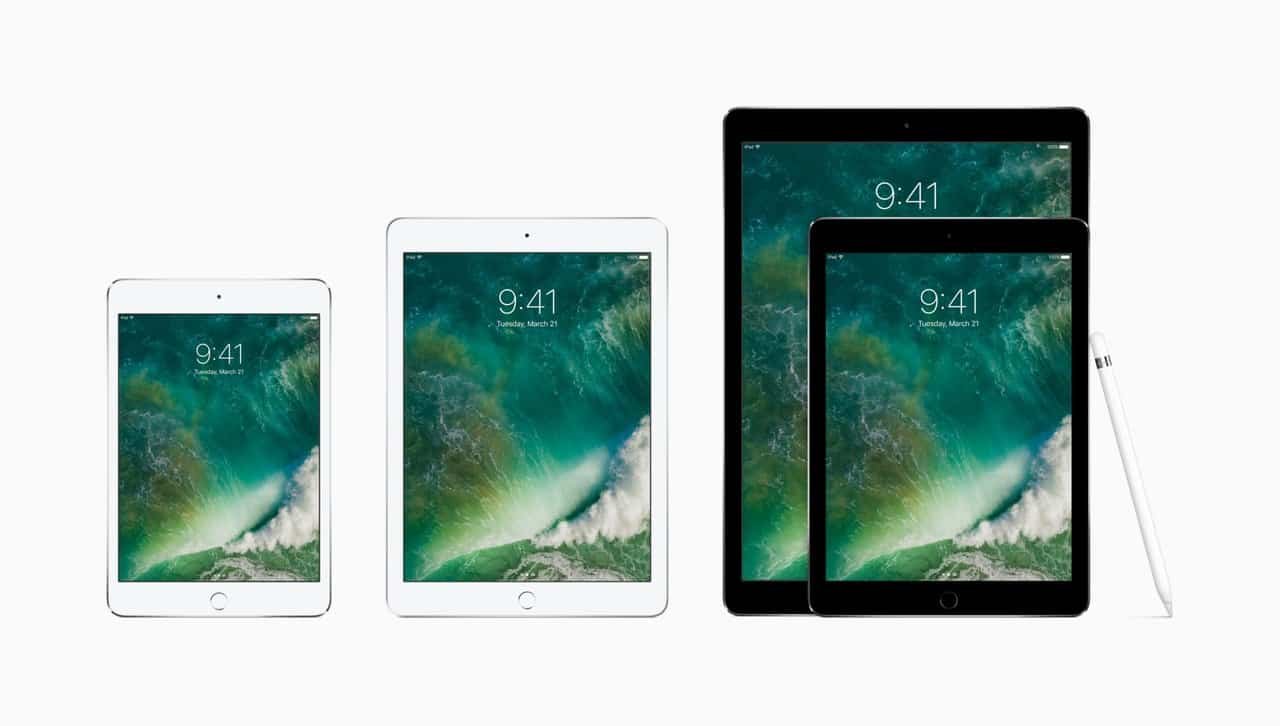 Called simply “iPad”, Apple announced a new 9.7-inches iPad. The device might look a lot like the iPad Air 2, but they are very different. Let’s start with the fact that the new iPad is the most affordable tablet Apple has ever created. With a starting price of $329, the 9.7-inches iPad is perfect for people that want to get a taste of Apple’s devices, but they are not ready to pay a fortune. Here is what you get with the iPad, and how it fares against the iPad Air 2.

The New iPad Design and Display

It is obvious that Apple used the iPad Air 2 as an example to work around. The new 9.7-inches iPad has the same TouchID scanner located at the home button, and the same aluminum build. The difference is that the new tablet is a bit heavier, weighing 469 grams. The new device is also 7.5mm thick, making it a bit bulkier.
But we get a 9.7-inches Retina display and a 2048×1536 pixels resolution which is great. But since this is a cheaper model, you do not get the anti-reflective coating, which is troublesome during the day. Reflections can be annoying.

Apple updated the iPad with a shiny new A9 processor, much faster than what you get with the iPad Air 2. Just for info, the A9 processor is inside the iPhone 6S. That is a 2015 iPhone model, but for a mid-tier tablet, it is more than enough. And since Apple wants to keep its products up to date regarding software, the iPad runs on iOS 10. That means you get the last software experience Apple has to offer.

In terms of storage, the iPad comes in two versions. The basic one delivers 32GB, while the premium one delivers 128GB. Now, as with all Apple devices, there is no option for a microSD slot. However, you can always use cloud storage apps to get more storage. The iPad is available in Silver, Gold, and Space Grey color options.

Should you buy it?

As mentioned numerous times, the new iPad is basically a cheap version of the iPad Air 2. That means that you get one of the most popular devices in Apple’s palette of products for a relatively low price. Some of the premium iPads can go as high as $500, $600 and even more. But the basic iPad will get the job done for regular daily tasks. Apple has ditched the old-generation iPad and gave users an entirely new product. The size is still the same, but the price is vastly lower.