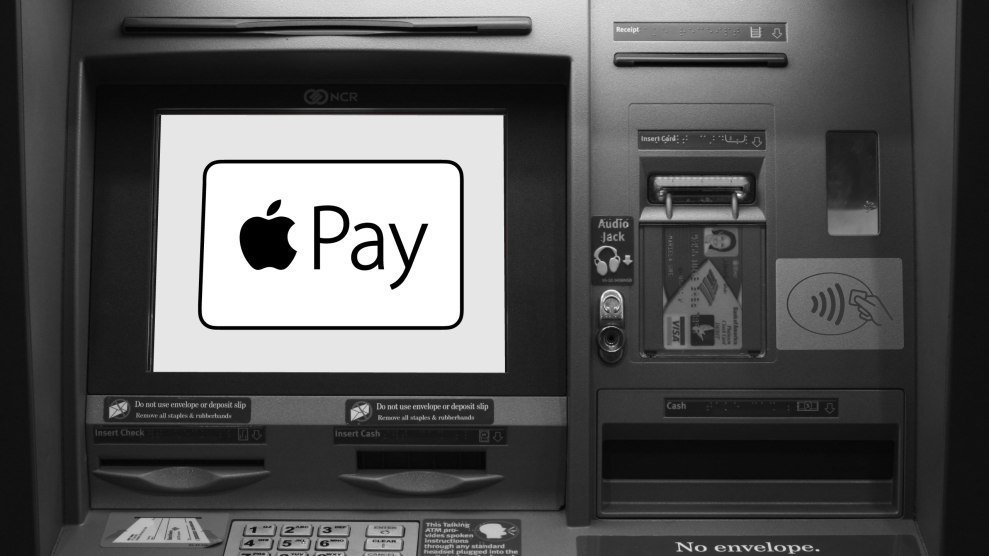 Apple Pay and Android Pay Coming to ATMs in the USA

People in the United States will soon be able to start using Apple Pay and Android Pay at ATMs operated by major US banks.

According to TechCrunch, Bank of America, Chase and Wells Fargo are currently adding NFC tech to their ATMs across the United States. Contactless ATMs have been available in Spain and Canada, but this is the first time they’re coming to US banks.

Using your phone to withdraw money from an ATM, is much more secure and easier. It may not be as fast as using your card, but slowly, people will start using their phone instead of cards. Thieves cannot copy your iPhone or Android smartphone, the same way they can duplicate cards.

With Chase ATMs, a user can either use a pin on the app to authenticate the withdrawal or they can use the TouchID on iPhones. The Chase app currently doesn’t support fingerprint recognition on Android. You’ll just have to place your phone on the reader and authenticate using pin or fingerprint, easy isn’t it?

Wells Fargo ATMs will feature technology that will sync with digital wallets, once again, using NFC. Right now their tech supports Android Pay, but it will support Apple Pay and other mobile wallets in the future.

Even Bank of America will start rolling out ATMs with support for Apple Pay and other services. In the beginning, both Bank of America and Fargo ATMs would only support Android Pay. More services will be added throughout the year.

Bank of America ATMs with NFC will only be available in select locations, such as Silicon Valley, San Francisco, New York, Boston and Charlotte. Once again, Apple Pay will be supported at these places, but it will launch with Android Pay.

Card skimmers will be useless at NFC-equipped ATMs. Thieves use these card skimmers, which are fitted to the front of the ATM, to steal card details such as PIN, number, etc.

So, you see, cardless ATMs are much better and. Therefore, more banks should start integrating Apple Pay, Android Pay and other services. For now, JP Morgan Chase, Wells Fargo and Bank of America will be the first to start with NFC-equipped ATMs in the United States.