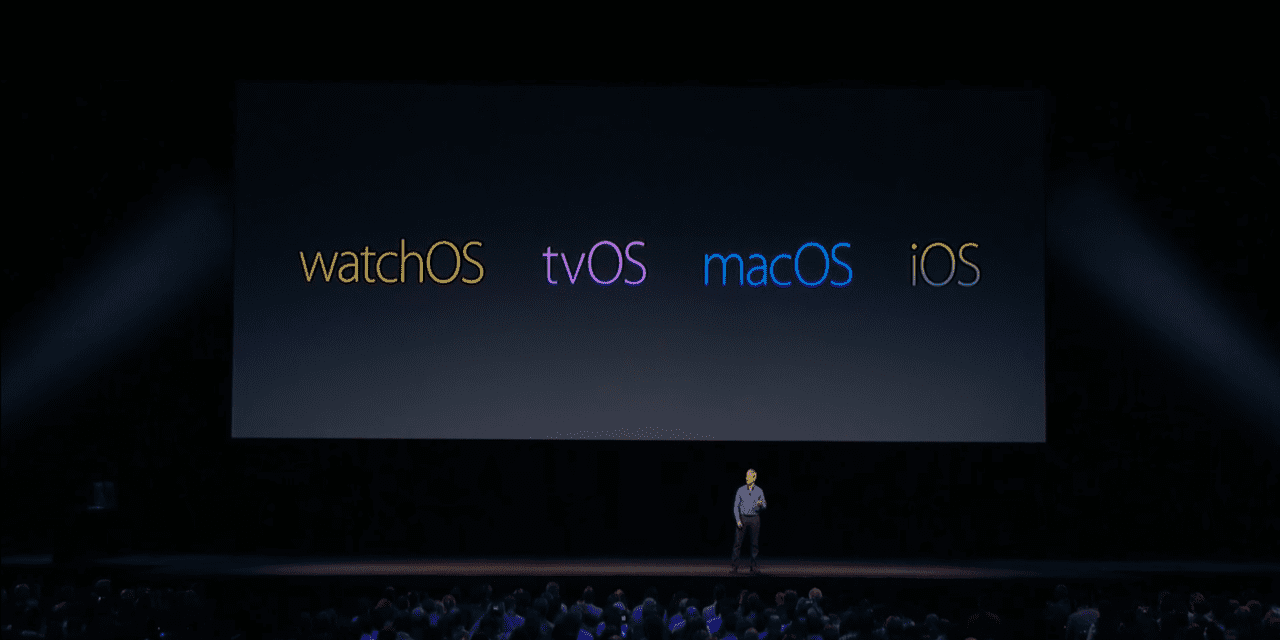 At the week-long Apple Worldwide Developers Conference in San Francisco, the company has come out guns blazing with a truckload of new Apple OS updates for its four main operating systems – iOS, watchOS, tvOS and macOS.

Out of all the new features in the new Apple OS updates, there are a few features that add freshness to the OS and make using the Apple devices far more interesting.

Here is a look at some of Apple’s announcements we consider the best:

One of the most interesting and major improvements is to the Messaging app. Apple is working on making it smarter and more engaging by bringing a handful of capabilities into the messaging software, as part of the upcoming Apple OS updates for iPhone and iPad launching this fall.

iMessage will become more than just a way of sending messages and emojis.

It will allow users to increase or decrease the size of the text bubbles, to convey the feelings better, just like the whisper or shout feature in Google’s messaging app Allo.

You no longer have to search for emojis. The update will use machine learning to automatically suggest emojis. You can also just tap on a word and replace it with an emoji.

Hand written text, drawing or sketching within text messages will be possible. You’ll also be able to scribble text over videos and images.

Invisible Ink feature sends scrambled messages that unscramble only when the recipient swipes a finger across them.

Third party developers will be able to plug into the app, which means you’ll be able to order food, buy movie tickets or even send money to someone without leaving the Messaging app – similar to how Facebook Messenger works.

There is much more the messaging app offers like changing the background, sending better looking links, launching the camera from within the app, playing and sharing songs from Apple Music etc.

Siri introduced herself by saying that she liked living in an aluminum unibody device and didn’t mind not having Windows.

Apple also brings Differential Privacy to Siri. This means Apple will use non-personal information to teach Siri new tricks, but all the personalization will only take place on the individual devices, ensuring high levels of accuracy and privacy. This is in total contrast to Google, which does everything online.

Siri has also been finally opened to third-party app developers who will be able to integrate their apps with Siri.

The demo showed off Siri’s power to search for files and the new ability to follow-up on queries.

Integration with Messages is another interesting feature. When asked to “tell Ken maybe we should just see a movie,” Siri instantly offered to send a message.

Called macOS Sierra, the new Mac system not only gets Siri, but will also make it easy for user to switch between different Apple devices. Users can also free up extra space by moving their files online.

With the new Apple OS updates, Apple Watch users will be able to log into their Mac without a password.

Redesigned Maps for iPhone and iPad

By opening the Maps app to developers, Apple is enabling users to find a restaurant, call Uber, reserve a table, and even pay for it using Apple Pay – directly from within the Maps app.

In the latest Apple OS updates, Apple has completely redesigned Apple Music to make it easier for users to find stored music on their device, without having to go back online to stream it. Lyrics have been added and users will have personalized curated playlists on a daily basis, as well as a ‘discovery mix’ to find new music.

Now users will be able to pay and check out on the internet, by using their phone’s fingerprint sensor.

The next Apple OS updates for watchOS brings fitness tracking to wheelchair users. It will prompt users to wheel themselves about as opposed to just staying in one place for long periods of time.

Apple Watch will also include an ‘SOS’ feature that will automatically call for help in case of an emergency.

Swift Playgrounds is a new app designed specifically for the iPad, to make ‘learning to code’ easy.

In the new Apple OS updates, Apple has incorporated a set of lessons to teach students computer programming and to help coders improve their skills. On-screen animations and characters are used for both the basics and advanced coding lessons, to make the entire learning process more engaging.

Please note that these features were picked based only the descriptions from Apple and the demos from WWDC. The only way to know if the features really do their job is to try them out for yourself when the updates are released.

Apple OS updates for iOS 10, macOS, watchOS and tvOS are all currently available for developers and will have a public release this fall alongside the next-generation iPhones.