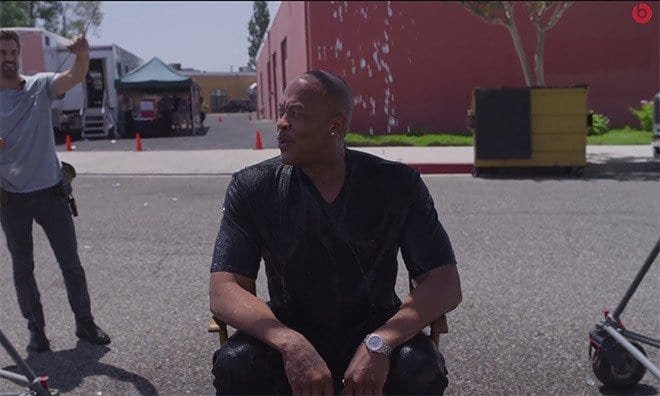 Apple is said to be producing its own television show called ‘Vital Signs’ that will star rapper, music producer and Beats co-founder, Dr. Dre.

The fruit company already has a script for the show, which will have six 30 minute episodes. Apple is just funding the show, just like it funded Drake’s music video ‘Hotline Bling.’ The company is doing so to promote Apple Music.

Dr. Dre will both star and produce the new showed that is titled ‘Vital Signs’ and is a dark semi-autobiography. The drama will feature plenty of sex and violence, and will most likely focus on Dr. Dre’s life. Each of the six episodes will have the music icon deal with different emotions. Sam Rockwell and Mo McRae would also part of the cast and star in one of the episodes.

Apple will distribute the show via Apple Music like it’s done with several other music videos. Their primary goal here is to promote Apple Music by showcasing music related content; that is also backed by them. The Hollywood Reporter doesn’t know if Apple will also stream the show on iTunes Store, Apple TV or other platforms.

Paul Hunter, a music video director will be producing the show under his production house, Eye Candy. Other producers such as Aaron Ginsburg and William Green. The show will be written and executive-produced by Robert Munic, who also worked on the popular drama ‘Empire’. All the six episodes of the show will be rolled out at once, similar to how Netflix does things.

This will be Apple’s first originally scripted TV show and its entry into the television industry. There were rumors of Apple starting its own TV Shows that would be streamed. However, it looks like Apple is only backing up projects to promote its Apple Music service. And that’s a good thing.

Apple recently announced that their music service now has over 11 million subscribers, and all of those will be able to enjoy the show.

Details regarding the release date of Vital Signs wasn’t revealed, but we’ll let you know as soon as we are aware. More original content will be available on Apple Music.