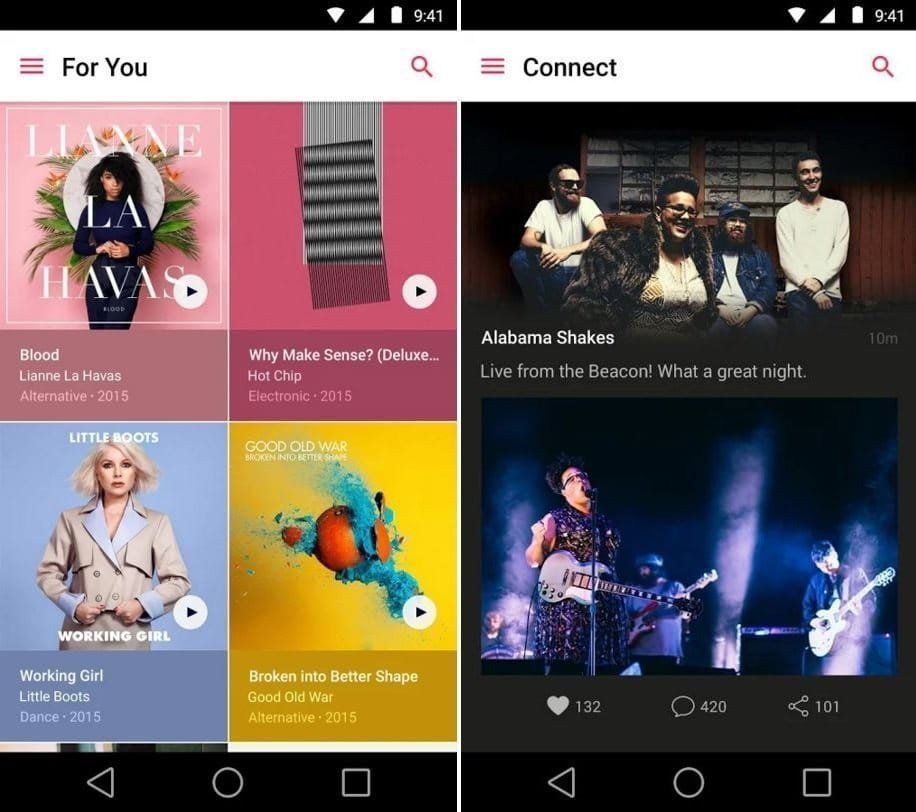 ‘Apple Music for Android’ Update: You Can Now Download and Save Songs to SD Card

The Apple Music for Android app has received a new update that allows users to download and save songs to an external SD Card.

The new update will allow Android users of the Android Apple Music app to download and save more songs than iOS users ever can. Most high-end Android phones have an external microSD card slot, which you can use to store more data when the internal storage is over.

On an iPhone, the internal storage is maxed out at 128GB, with an Android phone, you can get around 200GB of storage. Of course, you can also use cloud storage, but wouldn’t it be better for songs to be available offline?

Apple Music for Android version 0.9.5 Also lets you view the entire schedule for all the shows on the Beats 1 radio station. The update also enables you to browse your music by compilations and composers.

The Apple Music for Android is still in beta and Apple is right to do so. The app was released in November last year, and a monthly subscription will cost you $9.99. That’s pretty good as you also get three months of the free trial and access to millions of songs. You can download the latest update from the Google Play Store.