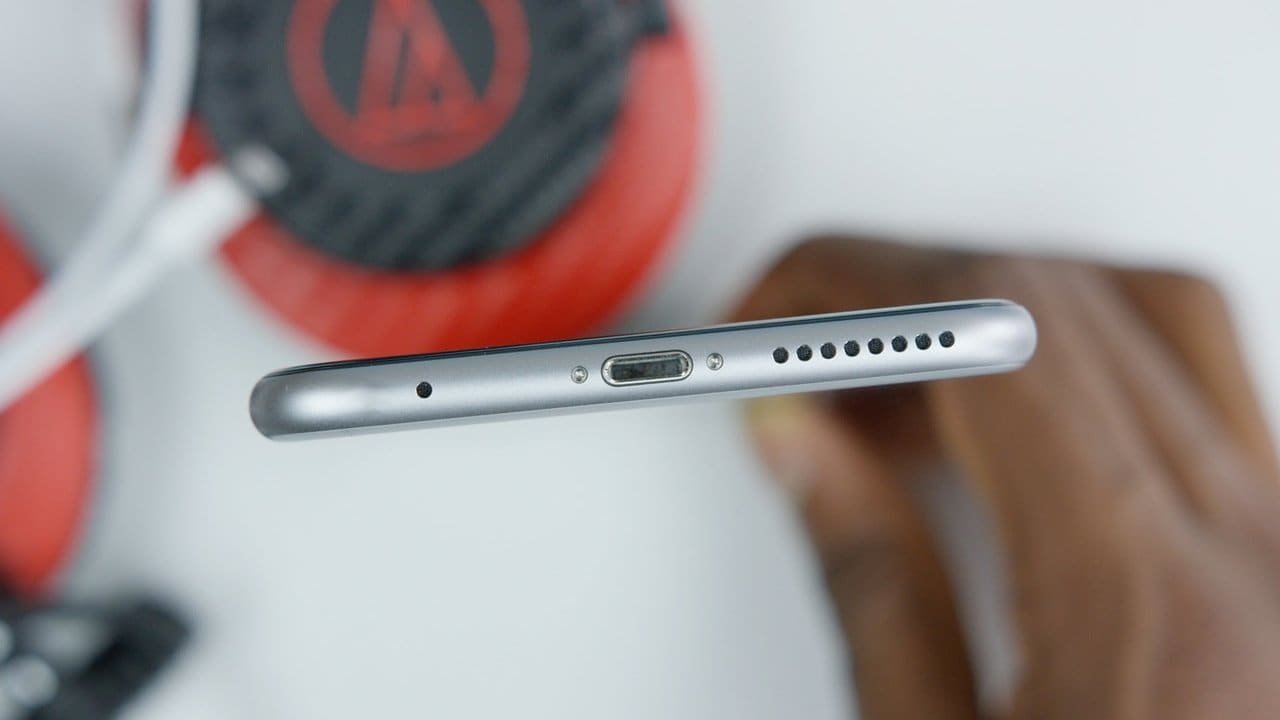 A few weeks ago, Apple unveiled its anticipated iPhone 7 and 7 plus phones and there is no iPhone 7 headphone jack.

While there were some interesting surprises (fancier camera, longer battery life and, finally, water resistance), the new feature, or rather lack thereof; of the 3.5mm headphone jack is the most controversial.

A Lightning-ready headset or a digital-to-analog converter that supports your old headset.

In a quote that’s been making the rounds, Apple VP Greg Joswiak said that the existing audio connectors are a century old (and they are) and “it had its last big innovation about 50 years ago. You know what that was? They made it smaller. It hasn’t been touched since then. It’s a dinosaur. It’s time to move on.”

Also worth noting that at least this time, instead of charging unhappy customers a $29 for a converter (they clearly learned their lesson with the old iPhone and iPod port), a converter is conveniently included with every phone.

What Sits in Place of the iPhone 7 Headphone Jack

There’s a lot of speculation as to why Apple chose now to kill the most ubiquitous audio standard on the planet and rely on the Lightning cable port for sound output to wired or wireless headphones.

The need to remove the headphone jack from the new iPhone 7 and iPhone 7 Plus was explained by Apple CEO Tim Cook:

that jack takes up a lot of space in the phone, a lot of space. And there’s a lot of more important things we can provide for the consumer than that jack.

Many users may have been under the impression that there was a second speaker in it’s place, but Apple added the second speaker at the top of the iPhone 7.

A report VIA iFixit, the gadget repair community, reveals that Apple isn’t using that “extra space” it got from removing the headphone jack. The teardown of iPhone 7 by iFixit showed a lot of adhesive, that helps with the waterproofing, along with a larger 2900 mAh battery. They also found a piece of plastic behind the waterproofing protection, exactly where the headphone jack used to be.

Speaking to the Verge on that, Apple confirmed that it’s a barometric vent needed to have a perfectly working and accurate barometer; as the waterproofing of the iPhone 7 and iPhone 7 Plus seals the phone completely.

The cynics would point to the new Apple AirPods, a $159 pair of cordless earbuds with modified Bluetooth technology that uses less battery power and keeps the sound evenly synchronized in each ear.

Many new Beats headphones feature this same tech that also reduces background noise and does a better job of recognizing when you’re speaking, for handsfree calls and controls.

Similar to other proprietary Beats and Apple headsets, those voice functions will only work with Apple devices (while the headphones can run with any Bluetooth enabled device).

Apple users say, the cordless earbuds are small and easy to lose. However, is it really surprising that Apple would move its customers towards improved tech and an utterly wireless one at that? In a word: no.

Now the question everyone is asking is: Is Samsung going to follow Apple’s lead and ditch the headphone jack?

Time will tell how the world will move on from an audio standard that was invented before the telephone and how well Apple’s gamble to ditch the iPhone 7 headphone jack pays off.