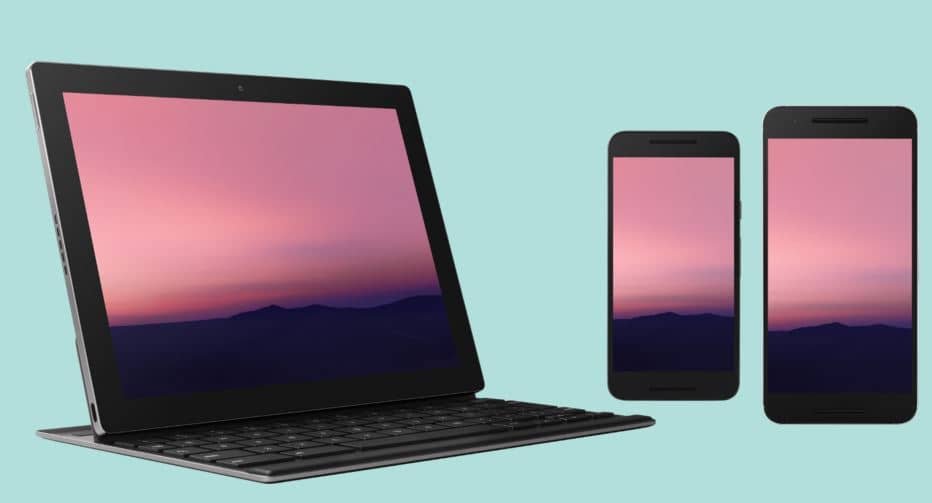 The new Android N OS was supposed to be showcased at this year’s Google I/O, but the company decided to give developers a special treat. The first preview for Android N is now available for download and comes with plenty of new features.

The developer preview is only available for select Android phones though, well, only Nexus phones to be exact. Android N preview is currently available for the Nexus 6P, Nexus 5X, Nexus 6, Nexus 9, Pixel C, Nexus Player and the General Mobile 4G. You can head over to developer.android.com/preview to download the respective images for your device.

This isn’t really a new feature, as it was also available in Marshmallow, but was very cumbersome to activate and didn’t work with on all Marshmallow devices. With Android N, Google wants to bring true multi-window multitasking to users.

The new multi-window feature allows you to run two apps simultaneously, side by side and also lets you drag and drop text and other info from one app to the other. The apps can be resized on larger devices such as tablets. On Android TV or Google Nexus player, there’s also a new picture-in-picture mode. This feature will have to be added to each app by the developers.

Google has completely redesigned how notifications look and work in Android N. Notifications will now be shown in bundles, instead of chronologically. All notifications from an app will be bundled together and can be expanded for more details. You can even see message threads with the latest and last message in the notifications.

The ability to reply directly from a notification will be available in Android N. You can preview the complete message or email and reply without having to fully open the notifications drawer. 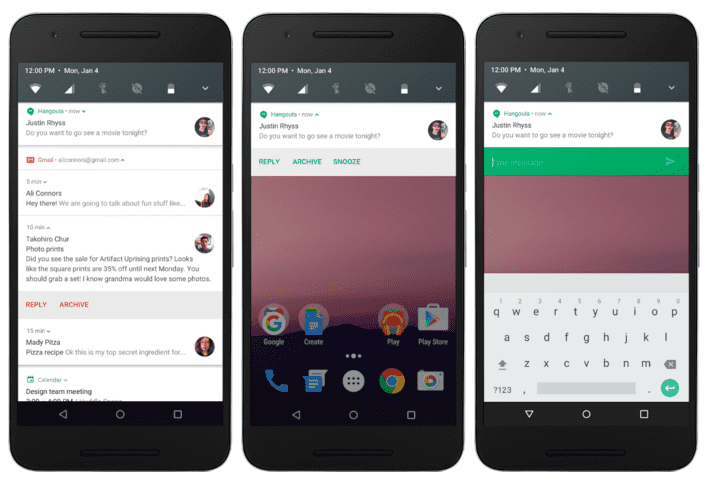 The Quick power toggles are right below the status bar when you pull down the notification tray. Press the expandable drop down button and you’ll have access to all the toggles and settings.

Google has further improved the Doze battery saving feature and included a system-wide Data Saver option. You can select which apps make use of the Data Saver feature. The enhancements to Doze includes new functions that can detect when your display is turned off and help improve battery life.

The included system File Explorer also sees some new improvements. With Android N, you can even zoom in your display and calibrate the colors according to your liking.

Android N also supports the Java 8 platform, which will improve performance under the hood. And there are several other improvements and optimizations in Android N. Learn about those over here.

This is the first Android N Developer preview, and Google plans to release four more previews before the public can have a taste.

According to Google, the Android N public release will happen in Q3 2016. The first devices to get the update will obviously be Google’s Nexus devices, starting from the latest Nexus 6p and 5x. We’re not sure what N stands for yet, but it should be made clear during Google I/O 2016.

You can try out the Android N Developer preview by joining the Android Beta Program. To be eligible, you’ll need to own one of the supported devices. Remember that this is a beta and is not ready for daily use. Updates will be delivered via OTA, making it easier for developers to update, instead of having to download the image and flashing it.