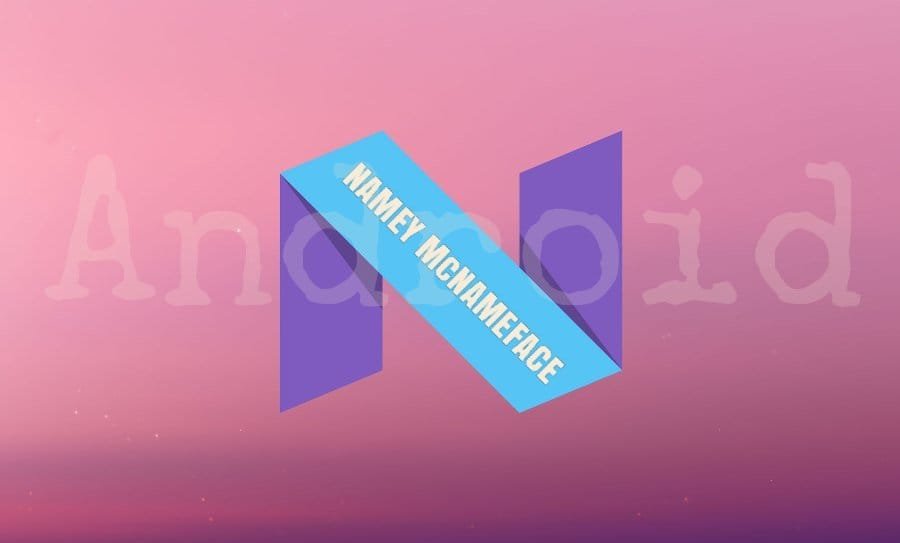 So all bug fixing has to be done now.

According to Google, the Developer Preview Program is really wrapping things up. There’s just one more version to go before the final release of Android N in “Q3 2016.”

Under the Android Beta program, many Android devices will be able to update to the newest preview version.

This is a great opportunity for developers to work in a group setting through Google Play, to test their apps before finalizing them for all users. This new release also allows developers to rollout their apps in a staged manner as updates are made.

This update brings increased functionality in multi-window support, direct responses in notifications and much more.

Google seems to be in the mood for fun with this update. When you go to the “About Phone” screen and the Android version number section, the usual “N” logo pops up. When you long press the “N” logo, instead of the “Flappy Bird” Android version, you’ll now see the logo with “Namey McNameface” written across it. It’s a funny name and we’re guessing this is not going to be the final “N” name.

You can try the latest version of Android N on a supported device, whether it’s a phone, tablet or TV by either enrolling your device in automatic OTA updates or by downloading a Developer Preview system image and flashing the device.