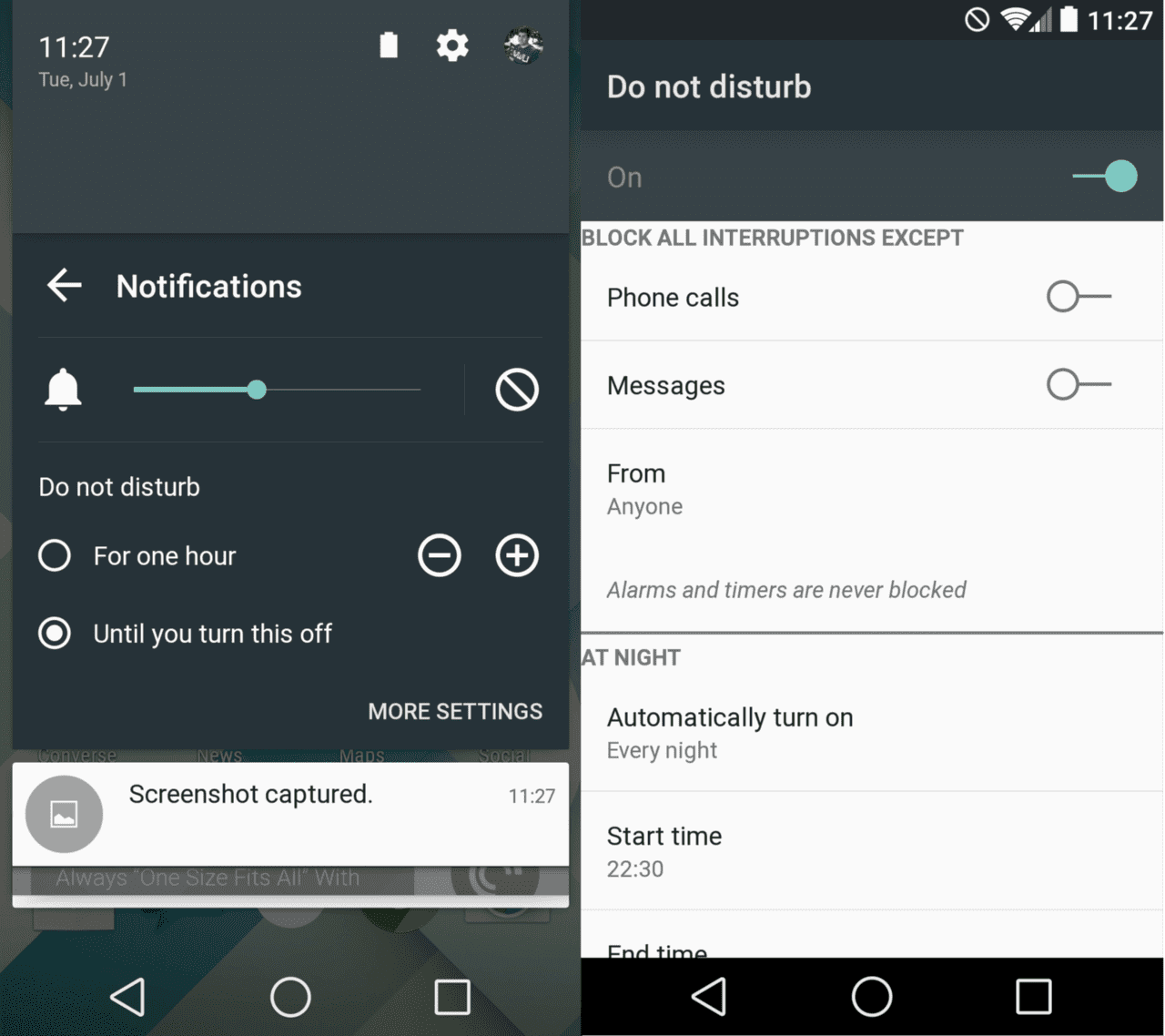 Android 6.0 Marshmallow is already available for several different phone models while others are still waiting for their turn. Meanwhile, new Android Marshmallow 6.0.1 has already begun to ship.

However, dedicated Android users have found out that Android Marshmallow 6.0.1 is missing an option – “Do Not Disturb until next alarm” is not available anymore, even though it was returned in 5.1.

It seems that Google is working on new notifications or perhaps making another innovative solution that could change “Do Not Disturb until next alarm” option, that was removed. This has surprised many because the option is one of the most important when it comes to Android Marshmallow 6.0.1.

Muting a phone is not an easy task with Android phones which have so many capabilities, so they decided to split it into three categories – ringtone, notifications and alarm. Instead of turning the volume down on all three simultaneously by pressing the dedicated button, now it is required to “juggle” with all three. Imagine if you want to turn everything down instead of your alarm and you make a mistake… Late for school, huh?

Android developers have not yet announced anything official in connection with this change, but if you’re about to upgrade your device, you should know that you will stay without mentioned option.

Google might be working on a better solution before a large number of devices obtain a new version of the software. We’ll have to be patient in order to see what is exactly the idea. Who knows, it might reappear in a following, 6.0.2 or 6.1.1, versions.