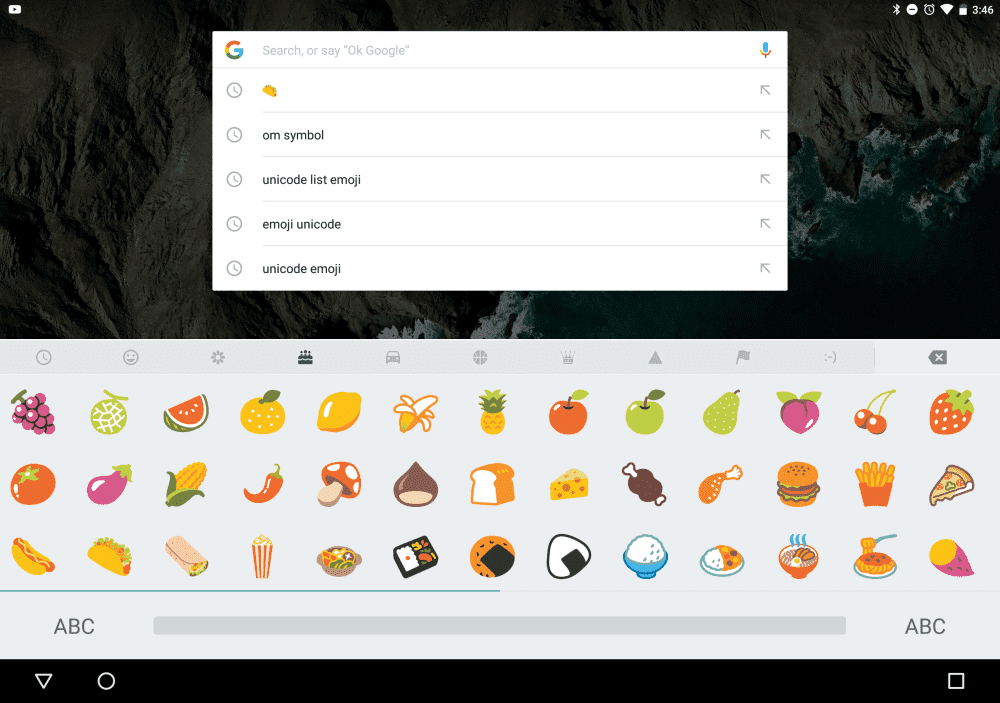 Great news for Android Marshmallow fans coming from Google – most popular phone operating system got updated to Android Marshmallow 6.0.1 version, which means that it does not feature any major updates. Either way, novelties are always welcome in technology business. There is a large number of new emoticons, but also something else that will make tablet users very happy.

Besides new emoticons, Android Marshmallow 6.0.1 brings two more minor updates, one of them being dedicated to enhancing tablet user experience. If you use Google keyboard (which comes with Nexus devices), you will be delighted to hear that this application also got updated. The only thing you’ll have to wait for is the update to appear on the Google Play store. While you are waiting for the new version of the keyboard to arrive, you can use couple of new characters on your own before you use them with the help of the keyboard. New emoticons include even flags of countries!

Moreover, buttons in the navigation bar have been moved from the central part. Back (triangle) and Home (circle) buttons are now located on the left navigation bar, while the multitasking button (square) is moved to the right side. This change was requested for a long time and now it finally easier to use the tablet in landscape mode.

Finally, Do Not disturb regime has “until the next alarm” option when activated. This was available in the Android 5.1 version, but for some reason, it was removed in the 6.0 version. Now, it is possible to activate your camera quickly by double tapping the Power button. Android Marshmallow MMS bug had also made significant problems to users around the world when installed apps wanted to access MMS database. Rebooting would fix the problem for a short time, but this update solves the problem temporarily.

Android 6.0.1 is already available on Nexus devices. If you have one, update it as soon as possible to enjoy the latest Android Marshmallow version.