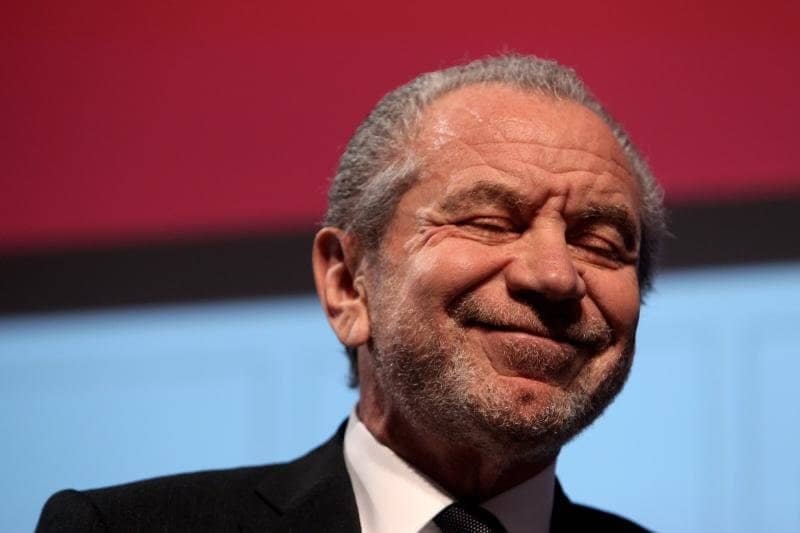 Born on March 24, 1947, in Hackney, east London as the youngest of four children, Alan Sugar attended Northwold Primary School and moved to Brooke House Secondary School during which he made money by working at a greengrocers. He left school at 16 and worked as a statistician for the civil service before selling car aerials and electronic goods in a van that he bought for £50.

This business tycoon best known today as the presenter of The Apprentice, makes most of his money today in the property market by selling commercial buildings for millions of dollars. The 101st richest person in the UK, Sugar’s net worth is estimated higher than the Queen’s today.

After starting his career in business as a tech entrepreneur, his mastermind in clever property investment through his company Amsprop raised his fortunes quickly. His company has a substantial commercial property portfolio spread across Essex and London and is currently managed by his son Daniel Sugar, who says that the company intends to spend million in coming years. The biggest profit comes with the sales of Sugar Building, a 40,000 sq. ft office that sold for £80m, netting a profit of £50m.

Named ‘Lord’ for his skills in business and clever investment, Sugar believes that entrepreneurs need to ‘do business for fun’ and invest in property if they intend to make real money. Sugar’s rise is one of the world’s best known rags-to-riches stories as he was born to a family that lived on £13 a week.

Alan Sugar was also the chairman of Tottenham Hotspurs for 10 years until 2001, until his relationship with fans started to sour after he sacked Terry Venables. Despite never going to a University, Alan Sugar holds two honorary Doctorates for Science awarded by City University in 1998 and Brunel University in 2005.

Sugar holds love for expensive cars and has Rolls Royce and Bentley Motor cars in his collection. He also owns a Cirrus SR22 four-seat aircraft and is a qualified pilot with 30 years of experience. Married to Ann Simons, the couple have two songs and a daughter together and they currently live in Chigwell, Essex.