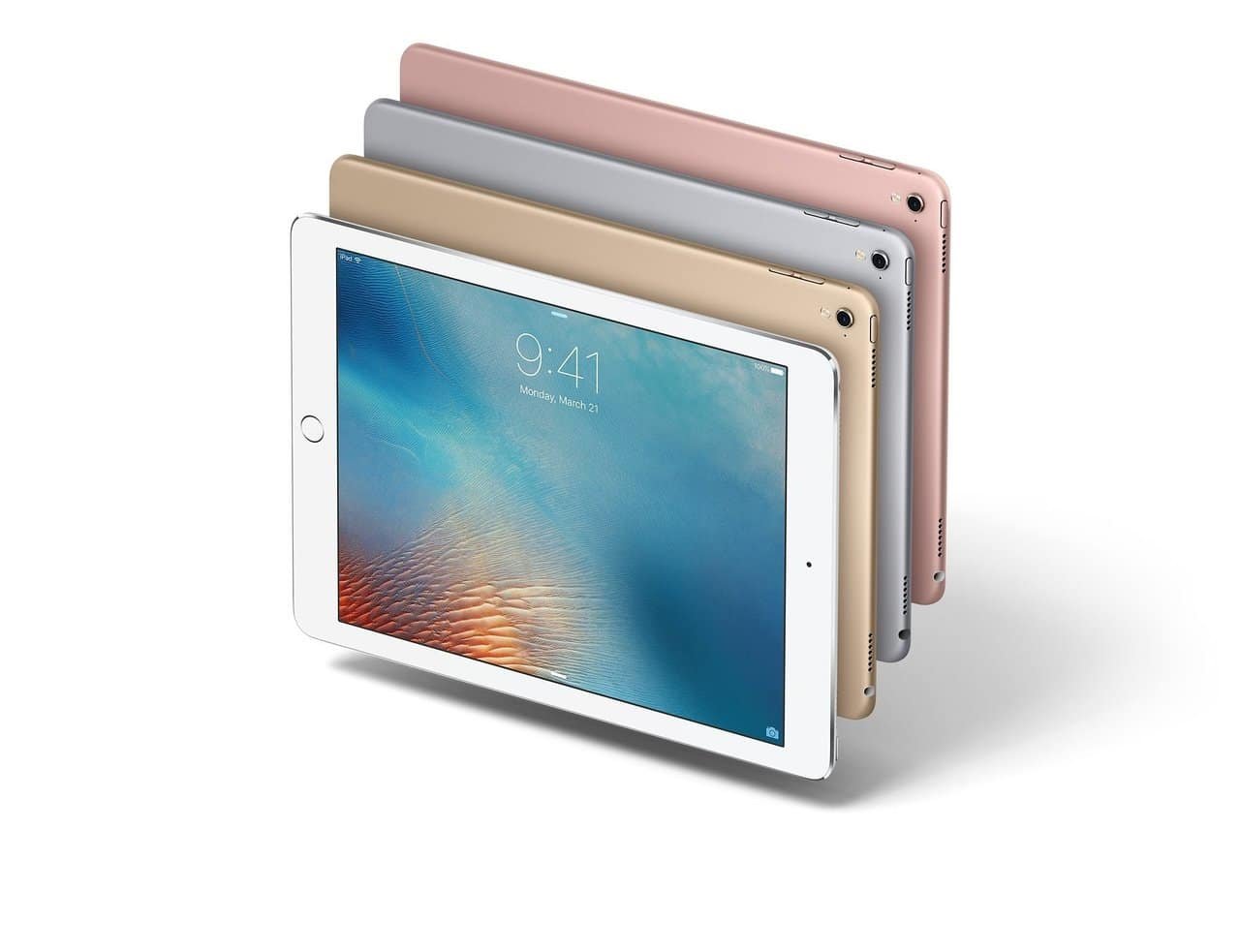 We were expecting Apple to name the new iPad as iPad Pro mini or the iPad Air 3, but were wrong, along with all the rumors and reports. Instead, the new device is simply called iPad Pro, but unlike the 12.9 inch iPad Pro from last year, the new one has a 9.7 inch display.

In some ways, the new iPad Pro is a successor to the iPad Air 2, with the same display size and footprint. However, it’s as powerful as the bigger 12.9 inch iPad Pro and includes Apple Pencil support. The new tablet features the same A9X processor as the bigger iPad Pro, and also has a 2,732×2,048 high-resolution display, but in 9.7 inches.

Let’s talk in detail about the new 9.7 inch iPad Pro specs and features. Well, for starters, it looks like a smaller iPad Pro and comes with full pixel support for Apple Pencil and the Smart Connector. You can use the Smart Connector to charge the iPad Pro or connect accessories such as a Keyboard.

Apple is calling the display on the new iPad Pro as a True Tone display, and it has 25 percent better color saturation, higher refresh rates, the blackest blacks and the lowest reflectivity of any other tablet. It features two four-channel ambient light sensors that measure ambient light and adjusts the display temperature accordingly.

The new device has four speakers, similar to the larger iPad Pro, delivering better and louder sound. It also has 2GB of RAM, but unfortunately, the A9X processor on this isn’t as powerful as the one found in the larger iPad Pro.

For the first time ever, Apple has given the iPad, the same camera as its best iPhone. The 9.7 inch iPad Pro has the same 12 megapixel iSight camera found in the iPhone 6s and a 5 megapixel FaceTime camera in the front. The rear camera supports Live Photos, can capture 4K video and is pretty the same as the one in the iPhone 6s.

It will be available in Silver, Space Grey, Gold and Rose Gold. All the other iPad mini and iPad Air models have been discontinued.

Pre-orders for the 9.7 inch iPad Pro will start on March 24 and you can pick one in stores on March 31.

TechRadar’s early verdict: The 9.7-inch iPad Pro is probably a look at the future of iPad — it’s a manageable size, has an industry-leading display, and is a joy to create art on. That said, we wonder if it’ll truly attract Windows converts without running a full operating system. iOS only gets you so far.

The Bottom Line – The 9.7-inch iPad Pro is the iPad you want.

Independent: The iPad Pro 9.7 inch brings the latest advances to the world of the tablet. It builds the considerable steps forward from the 12.9-inch version into a model that is more affordable. Mind you, you can still spend more if you wish by opting for the 256GB storage capacity now available in both 9.7-inch and 12.9-inch models. But the real reason this is the best iPad yet built is because it combines a stunning display, stonking audio and relentless processing power into a tablet that’s supremely portable

The Verge: The new iPad Pro 9.7-inch is a very powerful iPad – And so here is just the iPad Pro, and it is a very very good iPad. An iPad so powerful that you could compare it to a computer — especially since you can get a keyboard and an Apple Pencil to do more advanced stuff with it.

Cnet: Smaller, cheaper iPad Pro throws in a few new surprises – Apple’s iPad Pro line targets people who need to do a lot of office work, similar to the Microsoft Surface Pro 4. Both iPad Pro models offer keyboard accessories, yet thanks to their highly capable stylus, the tablets lean more towards a creative and artistic crowd. On the other hand, the Microsoft tablet features one of the best keyboard cases we’ve ever seen, but has a stylus that falls short of the iPad Pro’s Pencil. Which you pick will largely depend on which feature you think you’ll use most.

Arstechnica: The 9.7-inch iPad Pro is a whole lot like an iPad Air 2 in many ways. The size, screen resolution, and weight are all identical, as are Apple’s stated battery life figures for both tablets (10 hours of Wi-Fi Web usage, 9 hours of cellular usage). If you use your iPad primarily as a consumption device, there frankly isn’t much here to encourage you to upgrade. Having half the RAM of the larger version is a bummer, but in most other ways it’s still best described as a smaller version of the big iPad Pro.

iMore: “The best camera – Back in early 2014, when I first wrote about my iPad Pro hopes and dreams, alongside keyboard covers, wide color gamut, and pressure sensitivity, I asked for 4K video. At the time, I’d just finished hosting CES Live, and we’d used an iPad as the close-up video cam. The large viewfinder and connectivity made it good for the job. 4K video would have made it terrific. So, having a 12-megapixel iSight camera in the 9.7-inch iPad Pro that shoots 4K video? — terrific.”