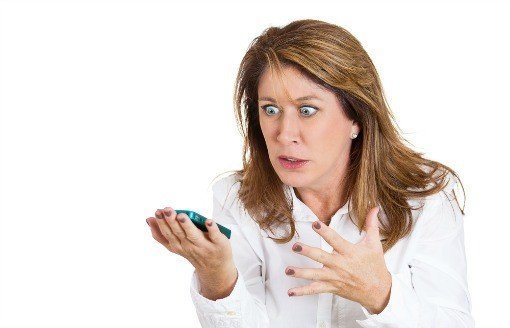 Are you resigned to a “no signal” message on your cell phone for most of the time?

Do you constantly struggle to get more than one bar of service?

Can you only make calls from certain rooms in the house?

Or perhaps you’ve got to go outside to even be able to make a call?

You don’t need to live out in the middle of nowhere to sympathise with this plight. In fact, if you live in an older building, struggling with cell phone reception is something that probably sounds all too familiar.

Fortunately, we’re lucky to live in an age where many technical problems can be solved relatively easily; and bad cell phone reception is no exception. With a reasonable sum of money and some DIY, you’ll no longer need to leave your cosy spot by the radiator and go out in the freezing rain just to text someone.

A cell phone is essentially a souped-up walkie talkie. It works by converting your voice into an electrical signal that’s transmitted to the other person via radio waves.

Of course, a cell phone’s main selling point is that it’s portable; and in order to remain portable there are li 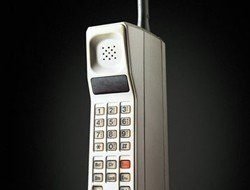 mits as to how large its components can be. Advances in technology have made it possible for considerably smaller components to pack a lot of punch – we’ve sure come a long way from those enormous 1980s brick cell phones! Nonetheless, even the latest smartphones have a surprisingly short range of action.

“So how is it that I can call my friend in LA from downtown Manhattan?” I hear you say. The answer, of course, lies in those unsightly cell towers you find everywhere.

Phone masts and base stations pick up the signal from your cell phone and transmit it onwards via radio waves until it reaches the cell tower closest to your friend. From there, it’s only a short distance towards your friend’s cell phone, which re-converts the electrical signal into the sound of your awesome voice.

Why do I have bad cell phone reception at home?

Radio waves are what makes cell phones work. Without them, it would be impossible to get a good enough signal to complete most calls.

Unfortunately, they’re also quite weak. Radio waves can easily be blocked by something as simple as a large tree standing in their path. And if a lowly tree can block radio waves, just imagine the damage a hulking mass of concrete and metal can do.

Older buildings weren’t constructed with cell phone reception in mind. Hell, before the early 1970s no one had even dreamt of cell phones. In fact, even when the first cell phones appeared, they were mostly status symbols for business types and the ultra rich. No one could have possibly imagined how important they’d become to our way of life in just a few decades.

So if you have bad reception while inside, that’s probably because your home or office building is made of materials that block those all important radio waves from reaching your cell phone.

You’ll also have to be careful with the internal antenna’s placement. Place it behind a thick wall or a bulky piece of furniture, and you can pretty much guarantee it won’t work as advertised.

Finally, a word of warning. Before you install a cell phone booster, you’ll need to let your provider know that you have one. This isn’t as bad as it sounds – most carriers have already given their consent to signal booster use, so it’ll simply be a matter of registering.

Getting a signal booster is as easy as logging on to Amazon and pressing the Buy Now button.

At $549.99 the weBoost Connect 4G is far from cheap. However, it works with all major US carriers and easily outperforms most other cell phone signal boosters on the market. It’s also built to last and comes complete with a wall or window mounting kit that makes it a breeze to install. 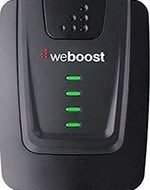 Depending on the strength of the outside signal, the weBoost Connect 4G can provide up to 5,000 square feet of inside coverage, which is more than enough for a small home. If this won’t cut it, there’s also a more powerful version – the Connect 4G-X – which can boost cell phone signal up to 7, 500 square feet, making it ideal for larger homes. At $899.97, however, the 4G-X’s price tag starts to verge on the prohibitive.

Besides its price tag, the weBoost’s main drawback is that it only comes with a directional outside antenna. You’ll need to place this in the direct path of a cell tower for optimum performance. A directional antenna also doesn’t handle obstructions too well, so if you live in a densely built or wooded area the weBoost Connect 4G might not be right for you.

The SureCall Fusion 5s can boost 2G, 3G, 4G and even LTE signals. With a maximum gain of 75dB, it boasts the highest 4G data rate in the industry, and offers up to 6, 000 square feet of coverage. It works with all major carriers in the US and features simple plug and play installation. 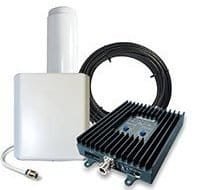 The device comes with both a directional and an omni-directional outside antenna, which gives it more flexibility than the weBoost Connect 4G. An omni-directional antenna receives and transmits the signal from all nearby cell towers, so you can get away with not aiming the antenna precisely and still get good coverage.

Unfortunately, the SureCall Fusion 5s is priced at a whopping $850. While it does have the highest data rate on the market, as well as LTE coverage, it still seems a tad too expensive for the amount of coverage it offers.

Unlike the weBoost Connect 4G and the SureCall Fusion 5s, which work by amplifying the cell phone signal from nearby phone masts, the Cisco Microcell Wireless Tower Antenna works as a personal cell tower by using your broadband connection. It’s quite effective at boosting cell phone signal. At $319.75, it’s also a considerably cheaper option than either the weBoost or the SureCall. 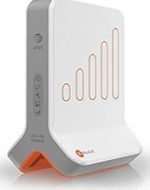 o Microcell’s obvious advantage is that you won’t need to install an outside antenna, since it doesn’t use an outside signal to work. This makes installation that much easier. It also makes the Microcell Wireless Tower an ideal choice if your outside signal is very poor, as you won’t need a minimum signal for it to work (both the weBoost Connect 4G and the SureCall Fusion 5s have a minimum signal requirement under which they won’t work at all).

Unfortunately, as with any other personal cell tower, the Cisco Microcell Wireless Tower must be specifically tailored to work with your cell phone carrier. This shouldn’t pose too many problems, as you’re bound to find a personal cell tower for most major US cellular networks. On the other hand, if any family members or guests are with a different provider, they’re stuck with the bad signal.

Like the Cisco Microcell Wireless Tower Antenna, the Cel-Fi Duo is a personal cell tower that boosts your cell phone signal through your broadband connection. 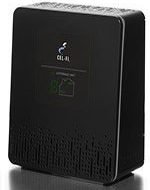 The Cel-Fi Duo offers much better battery life than the Cisco Microcell, which has been known to quickly drain your cell phone battery. It can also cover up to 13, 000 square feet and supports up to 60 simultaneous users, making it ideal for larger homes and offices. At $575, that’s some significant bang for your buck.

At the lower end of the spectrum, the zBoost ZB545 SOHO offers reasonable signal boosting at a more affordabl 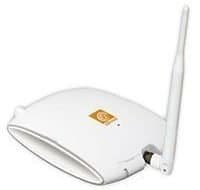 Just like its more expensive counterparts, the zBoost ZB545 SOHO works with most major US cellular providers and supports multiple users at the same time. It also features an omni-directional outside antenna for greater flexibility.

Predictably, greater affordability comes with less power and less features. All in all, the device does a great job of boosting cell phone signal in smaller homes, that is if the outside signal is moderately good to begin with. But if you live in a larger space or have particularly bad reception, you’ll need to stretch your budget further to get satisfactory results.

Are you plagued with bad or completely non-existent reception at home?

Don’t despair. You can easily solve the problem by installing a cell phone signal booster.

The weBoost range of cell phone signal boosters offers the most impressive specs, but they only come with a directional antenna. You’ll need to carefully evaluate the signal and your home’s surroundings before committing to it. The SureCall is pricier, but the fact that it comes with an omni-directional antenna gives you more flexibility.

If your signal is particularly bad and you’re with T-Mobile, however, the Cel-Fi Duo is probably the easiest and most cost-effective solution.