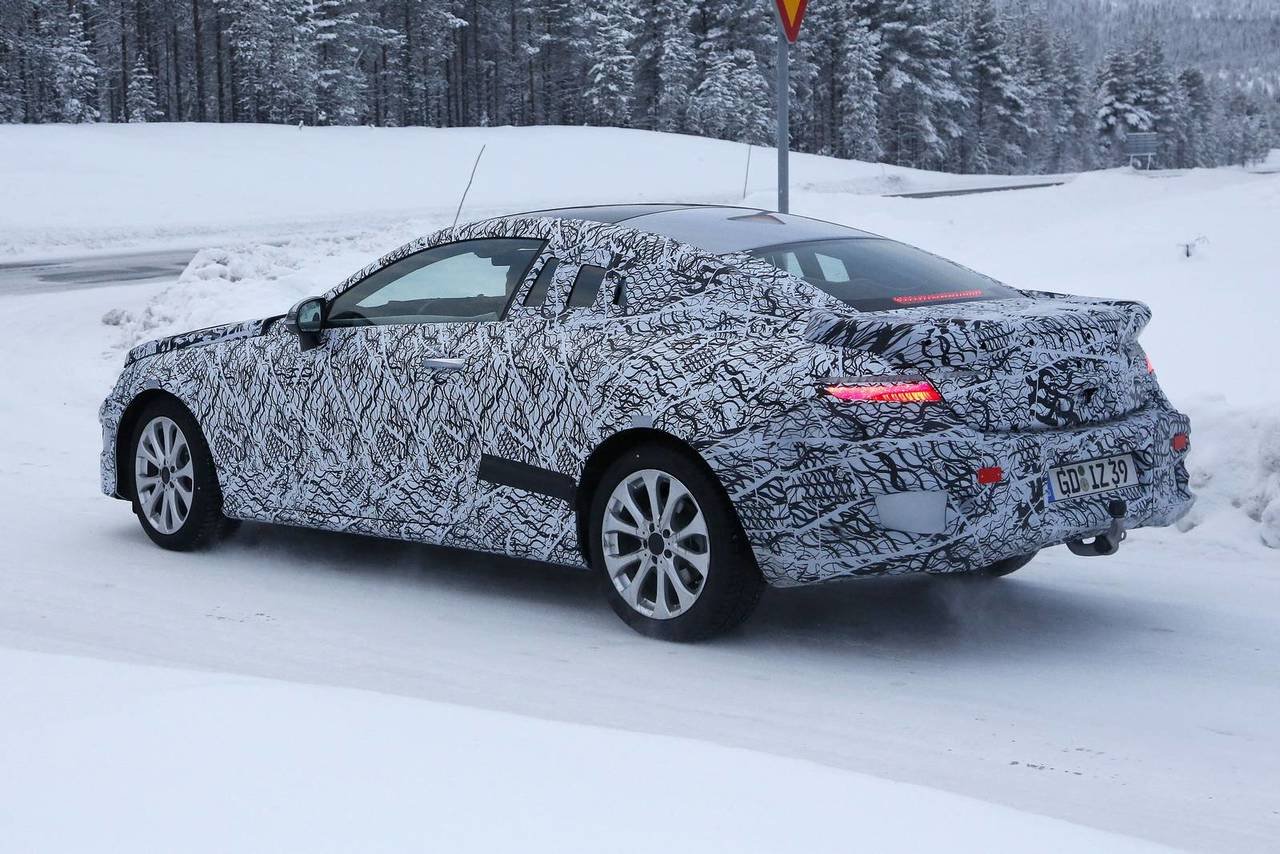 The 2017 Mercedes-Benz E-Class Coupe has been spotted driving around in Germany with complete camouflage and fake body panels.

It has only been a few weeks since Mercedes unveiled the new E-Class sedan at the Detroit Auto Show, and now we have spy shots of the upcoming E-Class coupe. A new spy video shows the camouflaged 2017 E-Class coupe being driven around a town in Germany. It’s quite difficult to tell that this car in an E class at first, but the headlamp and tail light designs confirm it.

The video has the car stopping at a red light and you can clearly see all the fake body panels attached not to give away any details. However, the overall design of the car looks to be a cross between the new S-Class and the C-Class. It’s also a little shorter than the recently unveiled E-Class. This car will most likely compete with the BMW 6 series cars. The front end design is said to be similar to the current E-Class sedan.

The E-Class coupe will have a sloping roof and a pillarless design, but in the spy shots, you can see a fake panel attached to the rear window. Most of the exterior still look like a C-Class, but the insides will be similar to the current E-Class. You’ll most likely find the dual screen wide instrument panel and a set of 4 seats.

Coming to the engine options, the E-Class Coupe is said to feature the same inline six cylinder engines and four-cylinder petrol options that are available in the current E-Class sedan. The new car will use the latest modular rear-wheel-drive platform from Mercedes, which is lighter and better. An all-wheel drive, 4Matic with 9-speed auto transmission version will also be available with a hybrid engine.

The E63 Coupe could be using an AMG-modified 4.0 liter V8 engine that’ll be producing somewhere around 600 horsepower.

The 2017 Mercedes E-Class Coupe is said to arrive in early 2017 or sometime during the Geneva Motor Show.