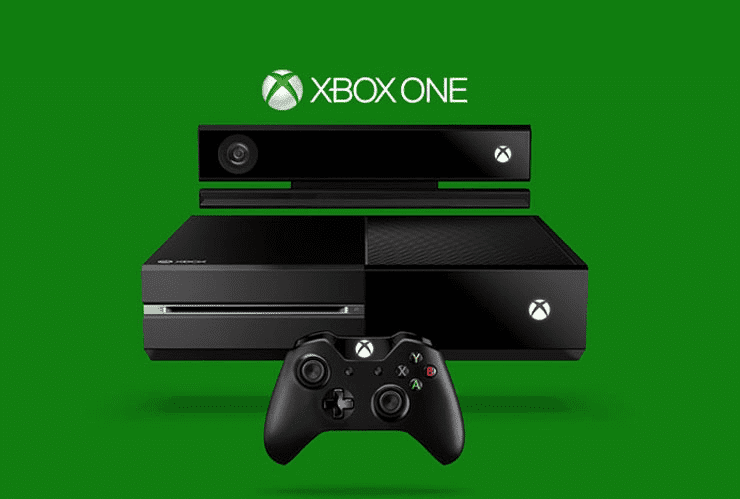 Microsoft’s Xbox One recently released a number of big games for the 2015 Holiday Season. However, Microsoft won’t stop there, as there are plenty of other great games on the way.

Here’s a list of the top 5 Xbox One Exclusives titles released in 2015 and the top 5 games we’re looking forward to.

Master Chief is back, and this time he has Spartan support. One of the Best Xbox One Games so far, Halo 5: Guardians, released on October 27, is the newest installation in the popular Halo series. It follows Master Chief, the iconic main character of the Halo series, as he leads Blue Team, comprised of other Spartans. Halo 5 is probably one of the the biggest Xbox One exclusives to be released in 2015, and it’s sure to be one of the best-selling games this holiday season.

Microsoft’s hyper-realistic racing game is back, and it looks even better than before. Released on September 15, Forza 6 is a beautiful automobile racing game that will challenge even the most skilled video game player. The 6th installment brings out new, in-depth features, like wet-weather driving. Rain in the game has become more than cosmetic, and racers will have to avoid skidding and hydroplaning. The Forza series, exclusive to Xbox One, is arguably the best racing game series out right now.

Rise of the Tomb Raider

Microsoft continues to breathe life into the popular Tomb Raider series with Rise of the Tomb Raider. Lara Croft, the female lead of the Tomb Raider series, returns as she fights an organization known as Trinity while discovering possible immortality. New to the game is a crafting system where Lara can improve equipment she has. Also new is a day-night and weather system which affects how Lara will interact with people and creatures. By the way, if you haven’t looked at the game yet, it’s pretty beautiful. Check out this clip below to see:

Ori and the Bind Forest

For those looking for a more relaxing, lighthearted game, Ori and the Blind Forest is the perfect option. The player takes control of Ori, a white guardian spirit with many special abilities, who is attempting to escape Kuro, the dark owl. Ori and the Blind forest is heralded for its great story telling, puzzles and musical score. As far as Xbox One exclusives go, this is a must have for any casual gamers who want to spend less time shooting or driving and more time hearing a great tale and playing an engaging platformer.

The Escapists is unlike any game you’ve ever played before. Created by indie gaming studio Mouldy Toof, the player takes control of an inmate’s everyday life in prison. However, at night, the player tries their best to begin an escape. The player builds stats during the day, collects items and slowly plans their escape. The longevity of the game may try some players’ patience, but the completely original idea, and the 16 bit graphics, keep the game lighthearted and fun. This is a must-have for any indie gamer with an Xbox One.

We have talked about released titles now it is time for upcoming and Xbox One 2016 Games. Some of these will be Free Xbox one Exclusive Titles.

Fans of the original Fable trilogy will be looking forward to this one. One of the Free to play Xbox One Games; Fable Legends is an upcoming fantasy game being developed exclusively for Xbox One. Fable Legends takes place a few hundred years before the original trilogy in a land where magic is present and people live in small villages rather than large cities. Players in Fable Legends will take control of one of the four heroes or as the main villain. The remaining spots can either be taken over by other players via online play or through AI. Fable Legends will be up for 5-10 years, so players can expect a lot of fun from the free to play game.

After the release of Gears of War 3, fans wondered if the popular Xbox One game series was done for. After a successful spinoff, Microsoft eventually announced Gears of War 4, which will serve as a direct sequel to Gears of War 3. While not much has been revealed about the upcoming sequel, fans can be sure that there will be the return of Marcus Felix, COG, and, of course, the gun with the chainsaw attached to it. Gears of War 4 will not be available for Xbox 360 making it an Xbox One exclusive.

Halo Wars 2 – Xbox One Exclusives Titles must have

Halo Wars 2 is the upcoming direct sequel to Halo Wars, a 2009 strategy game. Like its predecessor, Halo Wars 2 is going to take on a much different role than any of the other Halo games for Xbox. Instead of being a first person shooter, this game focuses on a much larger battlefield and is truer to strategy games than it is to a first person shooter. Fans should expect this game to be much better than the original as both 343 (creators of Halo 4 and 5) and Creative Assembly (creators of Total War) are involved.

One of the most highly anticipated Xbox One exclusives that is yet to be released, Quantum Break is an upcoming action game where time is running out. A failed time machine experiment causes time to slowly fall apart, and the main character, Jack, fights against an organization called Monarch as he tries to fix time. The player can rush through time, creating a unique gameplay experience that will separate Quantum Break from other shooters. Because of the originality of the game, any Xbox One owner should be looking forward to the game.

Scalebound is an upcoming game for Xbox One that focuses on Drew and Thuban, a dragon that Drew controls. Players will control Drew and Thuban will be controlled through AI, although commands can be given. Drew and Thuban share a deep bond, evidenced by Drew’s right arm which is covered in scales, resembling a dragon. However, it goes deeper than that: if Thuban dies, then so does Drew. So the player needs to be careful during battle to focus not just on themselves but their dragon as well. The game’s stunning graphics and action sequences should be enough to keep fans thoroughly entertained.