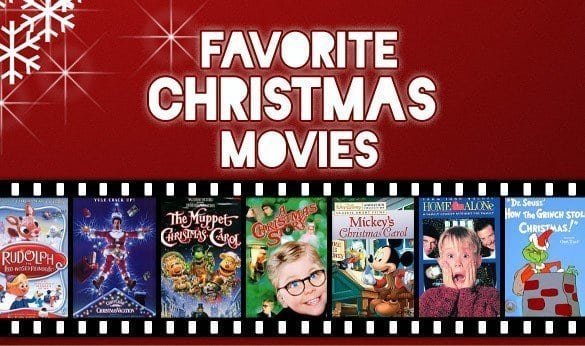 Finally, Christmas is almost at our doorstep! Like every year, Christmas is one great opportunity to spend time with our loved ones, and what brings people together better than an optimistic movie that can make us laugh! In this article, we are looking for the best Christmas family movie.

Unfortunately, not many new releases are planned for this Christmas, since they do not have much of a following – more or less all popular stories have already been filmed. Until something new emerges, we still have Top 10 Christmas-themed movies we should not forget. Let’s hope that the next year will be more creative and fruitful!

Holiday Inn is a musical, filmed in 1942, directed by Mark Sandrich. The music for the film was written by the most famous musical composer Irving Berlin. Moreover, he had contributed with the basic idea for the plot – a nightclub that works only over the holidays.

The story follows the first year of operation of such a club in Connecticutt, in which Jim Hardy (played by Bing Crosby) and Ted Hanover (Fred Astaire) perform. The film had achieved huge success, becoming the highest-grossing musical in the history of Hollywood until this day.

Finally, Bing Crosby had reached no.1 on the US Billboard charts with one of the world’s best selling single of all time, White Christmas. Founded in 1952, famous hotel chain “Holiday Inn”, was named after this movie.

Two soldiers, Bob Wallace and Phil Davis, decide to form a singing duo after World War II ends. They receive a letter from an old friend from the army asking them to attend the spectacle of his two sisters. The two friends go there, Phil secretly nourishing the hope that Bob becomes infatuated with a woman so that he could enjoy a little free time on his side.

They travel to Vermont together and stop by an inn owned by the general who ran Bob and Phil during the war. They decide to cook him a little surprise to brighten their holiday season.

The puppet film The Muppet Christmas Carol was released in 1992, adapting the most famous story by Charles Dickens in the world of Muppets.

The bitter and miserly businessman Ebenezer Scrooge is feared and hated by his employees because of his hard-heartedness inaccessible character. On the night before Christmas, Scrooge is visited by three Christmas spirits who show him the past, present and the future, showing him his mistakes. Purified by the visits of spirits, Scrooge recognizes the true meaning of Christmas and turns into a warm and loving fellow-citizen.

Filmed in 1947 by George Seaton, Miracle on 34th street features the story that takes place in the Christmas season in a New York department store, where recently hired old man named Kris Kringle (interpreted by Edmund Gwenn) claims to be the real Santa Claus.

The story shows how Kris is trying to arrange an encounter between divorced manager (interpreted by Maureen O’Hara) and her neighbor (played by John Payne). Although Miracle on 34th Street premiered in May, it quickly gained a reputation as one of the most popular Christmas movies of all time. Gwenn won the Oscar for Best Supporting Actor.

The Nightmare Before Christmas (1993)

The nightmare before Christmas takes place in Halloween Town, headed by Jack Skellington (skeleton dressed in a striped tuxedo and bow tie-shaped bat), and his fellow-citizens who are trying to break the monotony of celebrating Halloween with new holidays, Christmas.

Sally, a rag doll made ​​of several different women bodies created by Dr. Finklenstein, is secretly in love with Jack. She also is a great expert on potions and have visions of the future.

Doctor Flinklenstein is the scientific creator of Sally. He is eccentric and obsessive with her ​​and does not let her go outside. He is in a wheelchair and can open his skull (which has a hinge) to scratch the brain while thinking.

Yes, you have guessed it right – directed by Tim Burton.

The Shop Around the Corner is a comedy, filmed in 1940. by Ernst Lubitsch, who decided to adapt a play written by Hungarian writer Miklos Laszlo, “Parfumerie”. The story is set in Budapest and covers events that occur in a gift shop. The protagonists – starring by James Stewart and Margaret Sullavan – the salesman and the newcomer saleswoman, who can not stand each other, unaware that at the same time they maintain a passionate intimate correspondence after they met through anonymous ads.

The Shop Around the Corner is considered one of the best romantic comedies and quickly became a cult classic, marking the Golden Age of Hollywood. The film’s reputation has contributed significantly to the fact that it became the subject of several remakes – as a musical In the Good Old Summertime 1949 and You’ve Got Mail in 1998, as well as 1963 Broadway musical entitled She Loves Me.

Ralphie, a small bright boy, lives in 1940 in a suburb in the state of Indiana. There are only a few days until Christmas and Ralphie has a special request – he wants an airgun Red Ryder BB rifle that has a built-in compass. It is a heart’s desire, its fulfillment is very important to him, talking about it with his teacher and department store Santa. Ralphie’s mother has concerns with this gift because nobody can be sure how dangerous this new toy could be.

Be careful what you wish for!

Jim Carrey’s phenomenal acting skills alone can bring Dr. Seuss’ short story adaptation to Top 3 Christmas movies ever! Lead character (Grinch) hates Christmas because he got humiliated and bullied by his schoolmates. Many years later, Grinch wants his revenge – annoyed by the festivities and happiness of citizens, he plans to steal Christmas from the bully leader who is now Mayor of the town.

Charlie Brown is not happy about the upcoming holidays. His friend Lucy tries to help and motivate him to become the director of a school Christmas play, but the outcome is not satisfactory – he gets ignored.

A Charlie Brown Christmas subtly puts one very important message in focus – everything around us might look shiny during Christmas is shiny, but that still does not mean that people’s feelings cannot be hurt on the inside.

This movie was commissioned by the Coca-Cola, and done from scratch to full product in less than six months. In addition to that, it had two novelties – child voice actors and jazz soundtrack, which was unusual at the time.

Film won one Emmy and Peabody Award, while soundtrack reached triple platinum status in the US. It gets broadcasted at least twice a year.

“It’s a Wonderful Life” was filmed in 1946 and had 5 nominations for the Academy Award, but did not win a single one. Both director Frank Capra and lead actor James Stewart told that this movie is their favourite. The movie itself did not reach success, but neither was considered a total flop. It reached the classic cult status in the 70s.

“It’s a Wonderful Life” is a bitter post-war story of a bank manager in the small town, who fights against greedy colleagues and his own self-doubt.

The main character, George Bailey, a business man on the verge of suicide on Christmas Eve. George had pressured many problems, and the straw that broke the camel was the loss of significant amounts of money, $ 8,000, which was mistakenly omitted. That’s when his guardian angel Clarence, who wants to talk him out of action, showing him how his town, family, acquaintances would look like if he was never born. He showed him that his life is precious and much good would not happen if he had not been born.

“It’s a Wonderful Life” is one of the best-known and most-played movies of all time, with regular re-runs for Christmas on television stations worldwide. American Film Institute ranked the film among 100 best films ever made. BBC magazine for the television program “Radio Times” conducted a survey on the best films that never won an Oscar. “Shawshank Redemption” took place no.1, while “It’s Wonderful Life” was no.2.

Some other Christmas movies that I could recommend are Connecticut, Home Alone, Bad Santa, Scrooged. What we desperately need is fresh view on these Christmas morale stories, especially when market is this saturated and niches become more important than ever.