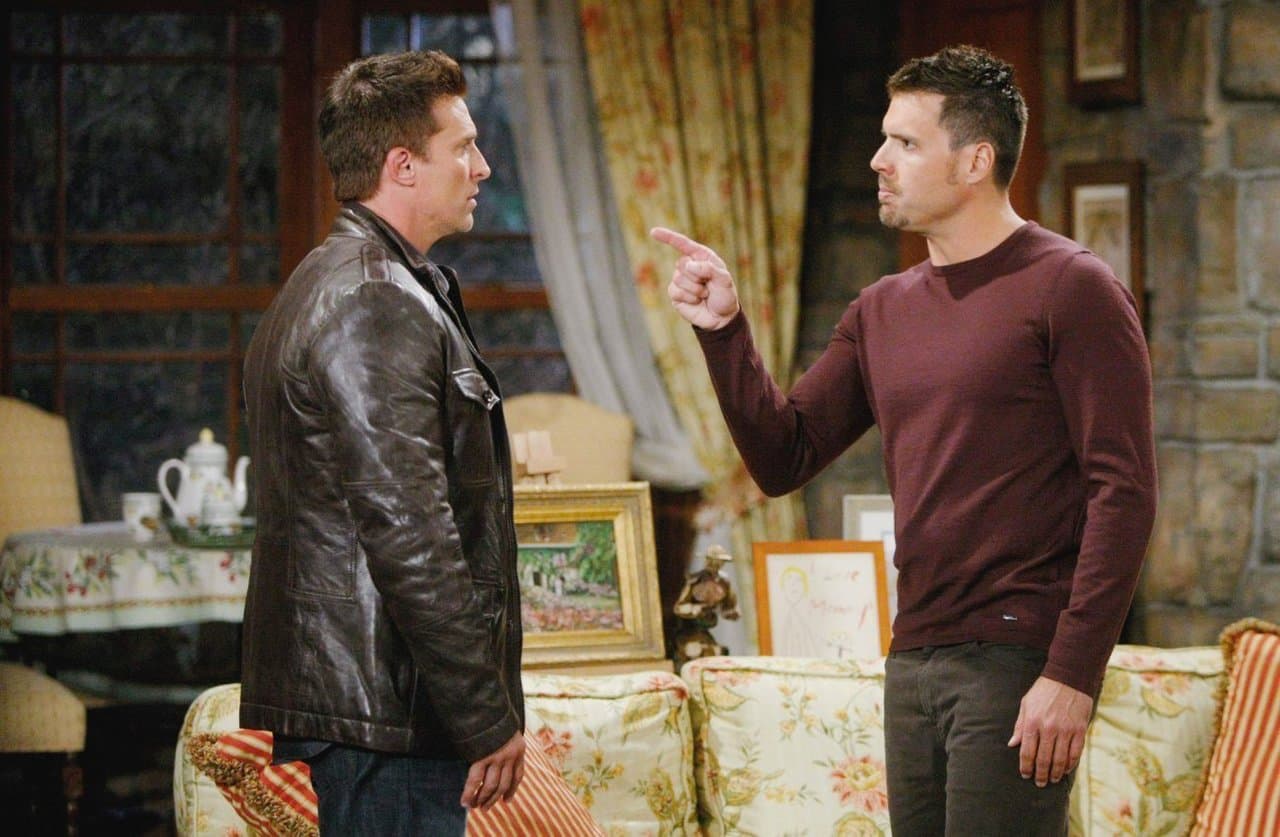 ‘The Young and The Restless Spoilers’: Will Lauren and Michael Get Scott Back?

The Young and the Restless Spoilers: Will Lauren and Michael Get Scott Back?

The latest TheYoung and the Restless spoilers suggest that Lauren and Michael will be facing impossible hurdles in their quest to get Scott back.

Scott’s captors are demanding $10 million in exchange for his freedom, and TheYoung and the Restless spoilers say this will prove to be the biggest problem that Lauren and Michael are set to encounter as they try their best to get Scott back the soonest possible time.

Reports say Lauren and Michael will try to ask Jill for some much needed financial help, only to be told by the latter that she doesn’t have what they need.

Lauren’s current financial predicament is mostly due to Colin’s doing.

Recent TheYoung and the Restless spoilers hint, however, that Colin might be able to fix this problem just in time, earning him Jill’s forgiveness in the process.

The latest The Young and the Restless spoilers reveal that an Adam recast won’t be happening anytime in the immediate future as Y&R writers seem to be decided that the story behind the missing Newman doesn’t need to resurface anytime soon.

Upcoming Y&R episodes will, instead, see the show’s storyline shift to Scott being Bella’s biological dad — and leave out Chloe’s crime in the past for the meantime, recent The Young and the Restless spoilers have hinted.

This is sad news for many of the long-running show’s fans who have long been waiting for an Adam Newman comeback, but the writers of the show could have something better for loyal Y&R fans.

Jill Finds Out About Terminal Illness?

Recent The Young and the Restless spoilers suggest that Jill will be at her lowest point in life in the upcoming episodes of Y&R this week.

Cane, on the other hand, will lose to Victoria and the latter will be handing out the check and taking back ‘Brash and Sassy’ just in time to meet Jill’s deadline.

Cane will have a beautiful distraction later in the day, however.

Will the Truth About Ashley’s Real Father be Revealed?

The latest The Young and the Restless spoilers say Ashley will do everything in her power to keep Gloria away from her family’s company.

It looks like Gloria is one person who could reveal the truth about Ashley’s father and Ashley will try to shut her down for it.

But will Gloria back down?

The Young and the Restless spoilers hint Gloria now has nothing to lose, and Ashley’s attempt only invites more trouble.

It’s Not Over for Gloria

Recent The Young and the Restless spoilers indicate that even though Gloria may have lost the battle, she doesn’t think she’s lost the war.

According to reports, Gloria will be busy preparing for a sinister mission. But what mission could this be?

Phyllis, on the other hand, won’t be too happy with the arrangements that Jack has just agreed with. Jack, meanwhile, will start observing, and Phyllis will think that the clean slate they had has just gone through the window.

Hilary to Let Devon Go Without a Fight

The latest The Young and the Restless spoilers reveal that Devon feels like Hilary has already ran out of chances and is seriously considering letting her go.

Lily will obviously support that decision, but Cane will point out that the embattled couple has not signed a prenup, and a divorce can be very hurtful to Devon’s finances.

Hilary, however, turns around in a manner that’s so unlike her and tells Devon that she is not going to put up a fight.

Devon is taken aback, and might even reconsider giving Hilary another chance.

As fans prepare for Dylan’s impending exit from The Young and the Restless , it looks like the character’s tragedy may have sparked new hope for a comeback by Adam Newman.

While the show’s producers have long ruled out any comeback by Adam, many wonder if the recent changes on the show may have somehow driven a change of heart in the Y&R show runners.

This, however, still remains to be seen — and it looks like for now, fans can only relish Dylan’s last moments on the show.

Right Before He Exits, Dylan Cheats on Sharon

The latest The Young and the Restless spoilers indicate Steve Burton’s Dylan will be headed for the door soon, but his exit on the show doesn’t seem like it’s going to be without any controversy.

Dylan, who was sent out to an urgent under cover mission, seems to be prepared to do everything he needs to do in order to get the job done — including cheating on Sharon.

Sharon, on the other hand, will be so dead worried about Dylan that she would storm Paul’s office to demand information about her husband’s whereabouts — and to beg that she be allowed to talk to him.

Meanwhile, a fight starts between Jill and Victoria after the motives of the former has been called into question. Jill will try her very best to defend herself, but it looks like her best won’t be good enough to convince Victoria.