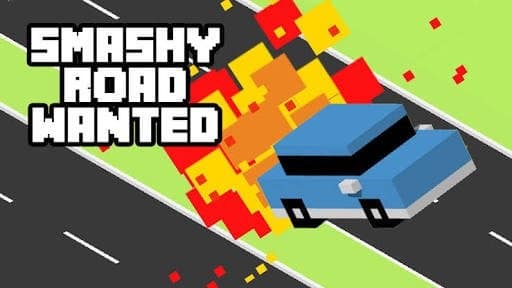 Looking for Smashy Road: Wanted cheats and tricks? Read on.

Although this game is relatively new, Smashy Road: Wanted is just as entertaining as all the other apps sharing the top spot with it on the App Store. There are also sites sharing Smashy Road Apk out here as well.

Smashy Road: Wanted was also just launched on Google Play about a month ago, and already Android users are starting to become crazy about this increasingly popular game.

For those looking for easy-to-do tricks for this game, you’ve come to the right place. This is where you’ll find a few tricks that’ll help keep you relatively safe from those cops in the game.

The game basically revolves around you (the user) trying to get away from the cops whose lives are dedicated to chasing you down all over the city.

Unlike similar games like GTA, spray-painting your car in hopes of throwing the cops off your trail is not on option that you have on Wanted.

While regular players of the game are already familiar about how stressful the game can get with all the relentless chasing, newbies to the game need not worry as we do have a number of helpful Smashy Road: Wanted cheats and tricks that can make your Smashy Road: Wanted life a little easier.

Like many other games, collecting coins is crucial for players to survive in this Smashy Road game. And just like most of these games, earning coins can be tricky, given the limitations that the player has to deal with within the game. But by using the classic time lapse cheat — which allows users to go forward in time — players can collect more of these coins in the smallest possible amount of time. You won’t need a time machine for this, as all you’ll need to do is to move the time and/or date forward on your device through the settings, which in turn tricks the game into thinking a lot of time has already passed since you last played it. Then you’re free to take huge sums of free coins.

Just a heads up though: if you decide to switch your device’s time and/or date back into the correct one, you’re gonna have to deal with a lot of waiting to get more free coins.

As you complete each round in the game you gain more stars that signify the milestones you were able to accomplish during each stage. But be warned: the more stars you gain, the more difficult the game becomes as the vehicles chasing you becomes faster and more unforgiving.

3. Outsmart Cop Cars With Your Driving

The police cars chasing you in this game aren’t as smart as those in other similar games, so it’s easier to get rid of them by outsmarting them with your driving. Maneuver your car in such a way that the cop cars chasing you crash into each other — and this is usually done by doing as much sharp turns as you can (of course without getting your vehicle crashed in the process). You can also do this trick when driving around buildings, which will cause the cop cars to crash into the surrounding buildings. 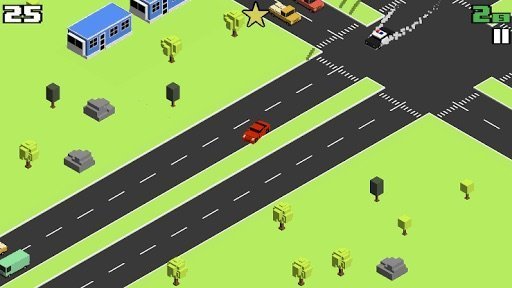 This might sound a little extreme, but driving into a car hauler actually allows you to basically fly over the cop cars that are trying so hard to get you. It’s a neat way of telling them “hasta la vista” — but if you’re not careful, you can flip over and fall flat (on your face, technically).

The cops you’re dealing with in the game aren’t really the smartest — so by quickly getting in and out of the spaces between buildings, you get to trick them into either crashing into each other or getting stuck behind the buildings.

8. When you find yourself cornered by the police

Don’t be too nervous when you find yourself cornered by authorities in the game. If you’ve watched enough James Bond movies in the past, you already know that you can just back away from them — and the chasing starts again.

9. Blow them all up at once

Okay. This might sound a little gory, but in this game, you can actually blow up a gas tanker to take out a huge chunk of these cop cars relentless chasing you. A word of caution, however: if you’re driving huge and slow vehicles, you might end up blowing up yourself too if you’re not fast enough to escape.

Did you know that you can earn up to 20 free coins each time you watch the video advertisements in the game? And then you can keep watching until you’ve earned 200 free coins — which is the maximum allowable limit in the game. You also get random gifted cars in the game, where you get either common, rare, or legendary cars. Some of these cars also come with bonus stats that gives you the ability to earn free coins up to five times faster than you normally would.

Happy with these Smashy Road: Wanted cheats and tricks? Make sure to share it!