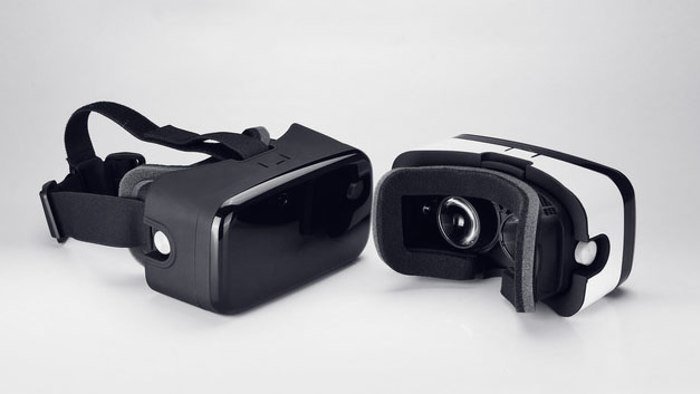 A new report suggests that a new Google VR headset is in development that won’t require a smartphone or rely on a powerful PC.

Recently, we had posted that Google is working on a VR headset to succeed their Cardboard headset. This new headset will be made out of plastic and include built-in sensors for head tracking.

Now, a report from The Wall Street Journal states that Google is working on two new VR headsets. One, a successor to the Cardboard, and the other, a standalone headset that will operate without a PC or a smartphone.

The report goes on to say that the Google headset will feature outward facing cameras. These cameras will use motion tracking chips made by Movidius. Who and what is Movidius? Well, they manufacture embedded machine vision tech and Google already uses their tech on their Project Tango 3D depth sensing smartphone.

Google could use their own processors and graphics chips to power this standalone VR headset. A VR made version of Android could also be running on this headset. 3D content requires a lot more processing and graphics power than 2D, which is why the Oculus Rift, HTC Vive and Sony’s Project Morpheus all require a helping hand.

This standalone headset from Google would make virtual gaming on the go a reality. You will not have to carry your PC or Console to dive into virtual reality, how awesome is that?

No other details were revealed of this experimental VR headset. The report did mention that a release date is also not very concrete at the moment. While one source says that Google will release this headset this year, the other says that the company is only experimenting and may not release it at all.

A new Google VR headset is coming this year, which will be a successor to the cheap Cardboard headset, and will be made from Plastic.

According to Financial Times, Google is under pressure from Oculus and other VR headset makers and want to introduce a new VR headset in 2016. This new headset will be an upgrade from the cheap Cardboard headset. It will be made from hard plastic, will include improved high-quality lenses and improved sensors.

It’ll still be a smartphone-based headset, wherein you’ll have to use your smartphone display as the viewer. Samsung’s Gear VR headset is doing pretty good, which will be the new Google headsets biggest competitor.

The new headset will be unveiled alongside Android VR technology. The headset will include sensors to detect user head movements. The Google Cardboard used the sensors in a smartphone to detect these movements, which weren’t that accurate. Unlike Samsung’s Gear VR headset, which is only compatible with few Samsung devices, the Google VR headset will work with plenty of Android devices.

Android VR technology will make the VR experience much better by including the software right into Android. Instead of a Cardboard app, the Android OS will have VR features. Google will also improve the resolution of latency of VR to help viewers to use the headset for longer periods of time.

Google has shipped over 5 million Cardboard headsets till date, so a new improved VR headset will definitely do well. The company plans to launch a line of VR headsets similar to its Nexus smartphones. A flagship hardware will be shown, which can then be used by other manufacturers to build compatible headsets.

The new Google VR headset will most likely be unveiled at the Google I/O developer conference this year. The event will take place at Shoreline Amphitheater in Mountain View between May 18th and 20th.