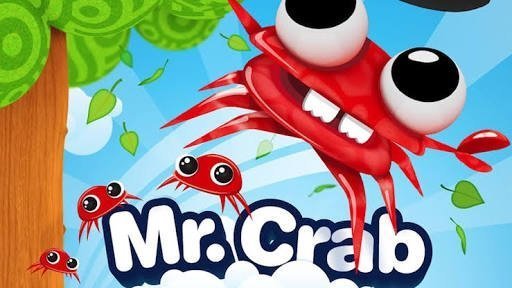 Mr. Crab 2 cheats and tricks: You don’t have to have a hard time!

Mr. Crab 2 was just recently launched, and already it made its way all the way to the second spot in Apple’s App Store Top charts.

But playing this game isn’t really as easy as it sounds.

If you’re looking to feel your way around the game, it can be a little bit overwhelming. But this Mr. Crab 2 cheats and tricks should help make things work out just fine for you.

Your main goal in this game is to rescue as much baby crabs as you possibly can. This sounds easy, but considering how fast-paced the game can be, it’s easy to miss little baby crabs here and there. In the game, your crab moves surprisingly fast, and more often than not — you will be caught up trying to figure out your way into getting on the next floor rather than looking out for little baby crabs that are in need of rescuing.

Try to focus on rescuing these baby crabs. Even though Mr. Crab himself looks like he is in a hurry — the truth is, he is not. If you fail to ascend on to the next floor, you’ll see that you will just circle your way around the tree until you finally make it there.

There will probably be times that, out of confusion, you panic and instead of ascending to the next floor, you end up falling several floors instead. Every time you find yourself in a fall or ascend situation, always keep in mind that you need to tap and HOLD. Tapping won’t do you any good if you don’t hold as this will only cause your fall.

Watch out for the bees but collect as much stars as you can. You may not realize it yet, but these stars will be your passport to getting into other levels. When you run out of free levels to play, you can use your stars on a vending machine where you get to draw more levels.

For some reason, Mr. Crab likes to move extremely fast (and for a crab, at that), and there will be levels wherein tracking where he’s headed next can be a big challenge. Typically, Mr. Crab moves backwards when he hits obstacles, but there will be stages wherein instead of just moving backwards, he also swings around. This makes keeping track of the direction that he’s headed extremely confusing. Thankfully, his eyes show where he’s headed. If Mr. Crab’s eyes are looking to the right, then that’s where he’s going. If he’s looking to the left, then to the left, it is.

In Mr. Crab 2, keeping track of the direction where Mr. Crab is headed is important because this is how players get to anticipate what to do next.

Do you have any Mr. Crab 2 cheats and tricks to share? Please let us know in the comments below! 🙂