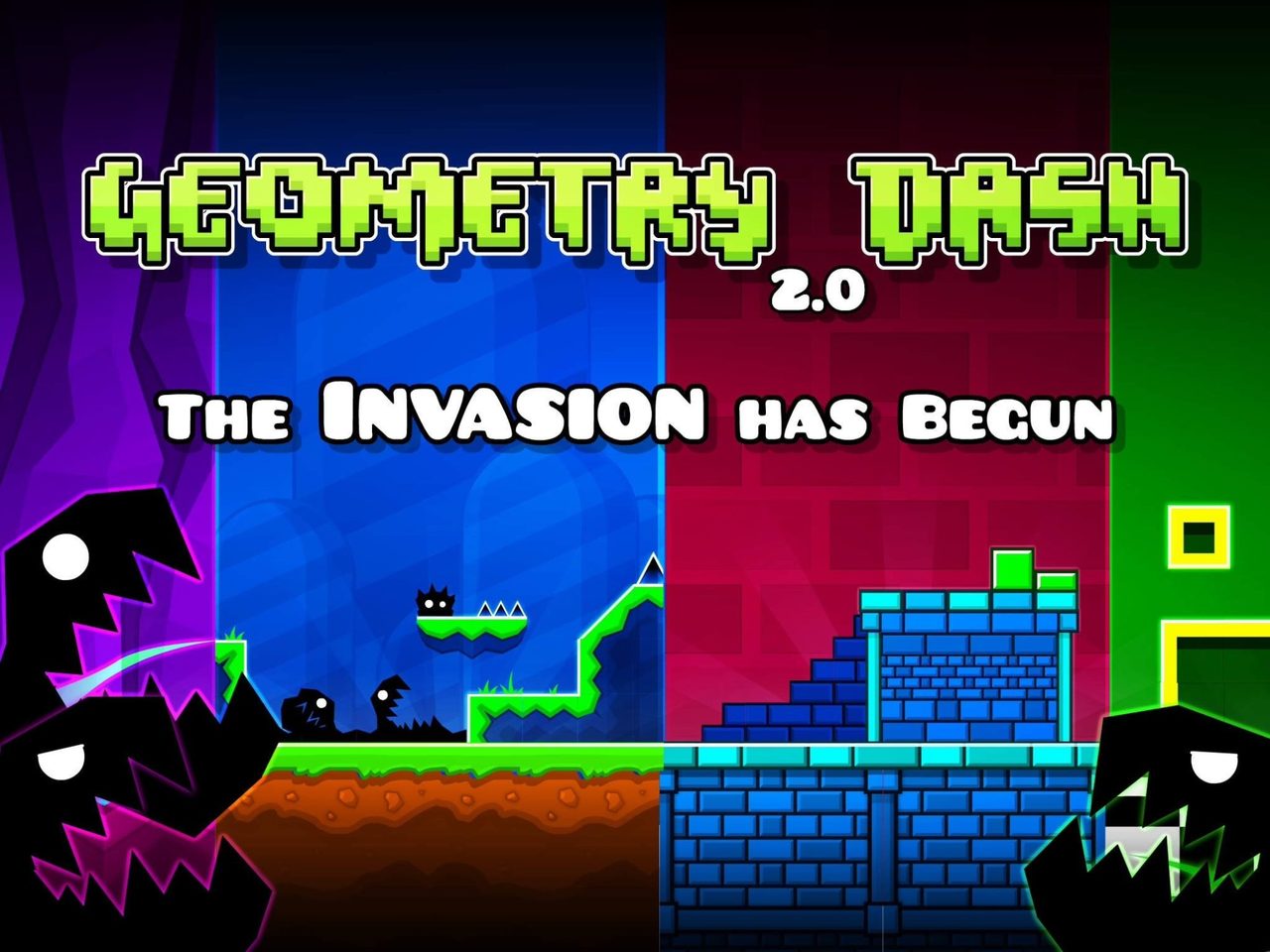 Geometry Dash Cheats and Tricks: Be a Geometry (Dash) genius in no time

Like many addictive games, GD lures users into continually playing the game by keeping them frustrated.

The game is spiked with so many impossible missions — so much so that the fact could not be denied and its developers have decided to become honest about the game being so.

Playing GD is no easy feat — but even though many call the majority of the game’s missions largely impossible, it is actually doable.

But not without the help of this very handy Geometry Dash cheats and tricks, definitely.

As you start the game, you will notice a little green square with a face on it, helplessly jumping and dashing as you continually tap on your screen. That green little thing is actually you.

The path before you is rigged with spikes and platforms, and you’re going to have to dash (jump) your way through them. Whatever you do, stay away from the spikes. Avoid them at all costs. Not doing so will cause you to die and restart the level over and over again.

Assuming you’ve survived the first few sections of this game, you will enter a portal and find yourself inside a rocket. Don’t be scared. This rocket is actually a good thing. Tap the screen and hold to keep your rocket flying upwards — but whenever possible, please try to begin doing so in the middle.

One of the coolest things you’ll notice about this game is its dope soundtrack. But the game having a dope soundtrack is no coincidence. To avoid deadly obstacles in GD, it is completely and utterly important tap to the beat of the game’s soundtrack. Pay close attention to the visuals and audio in the game while playing, and make sure your taps are synced with them.

But no matter what happens, do not ever get carried away and start doing extra taps. Just tap enough to clear the obstacle before you and nothing more.

Because timing is extremely important in this game, it is helpful to know that each level ends the same time the song being played in that level also ends.

Practice mode is a feature often neglected in most games. In Geometry Dash, however, this gives the perfect opportune for players to memorize the level they are in — making the actual game a lot more familiar and a whole lot easier.

In the game, users will sometimes encounter ‘checkpoints’ in dangerous areas. In case you get tricked into dying by one of these many checkpoints — make sure to jump quickly right after respawning if you’d rather not die in the same spot again.

How to be “Dominating!”

Select and then destroy 50 of the player icons as soon as you see them move from left to right in your screen’s background.

How to be “Godlike!”

Select and then destroy 200 of the player icons as soon as you see them move from left to right in your screen’s background.

How to achieve “Rampage!” status

Select and then destroy 1 (one, yes, just one) of the player icons as soon as you see them move from left to right in your screen’s background.

Do you have any Geometry Dash cheats and tricks to share? Let us know in the comments below! 🙂