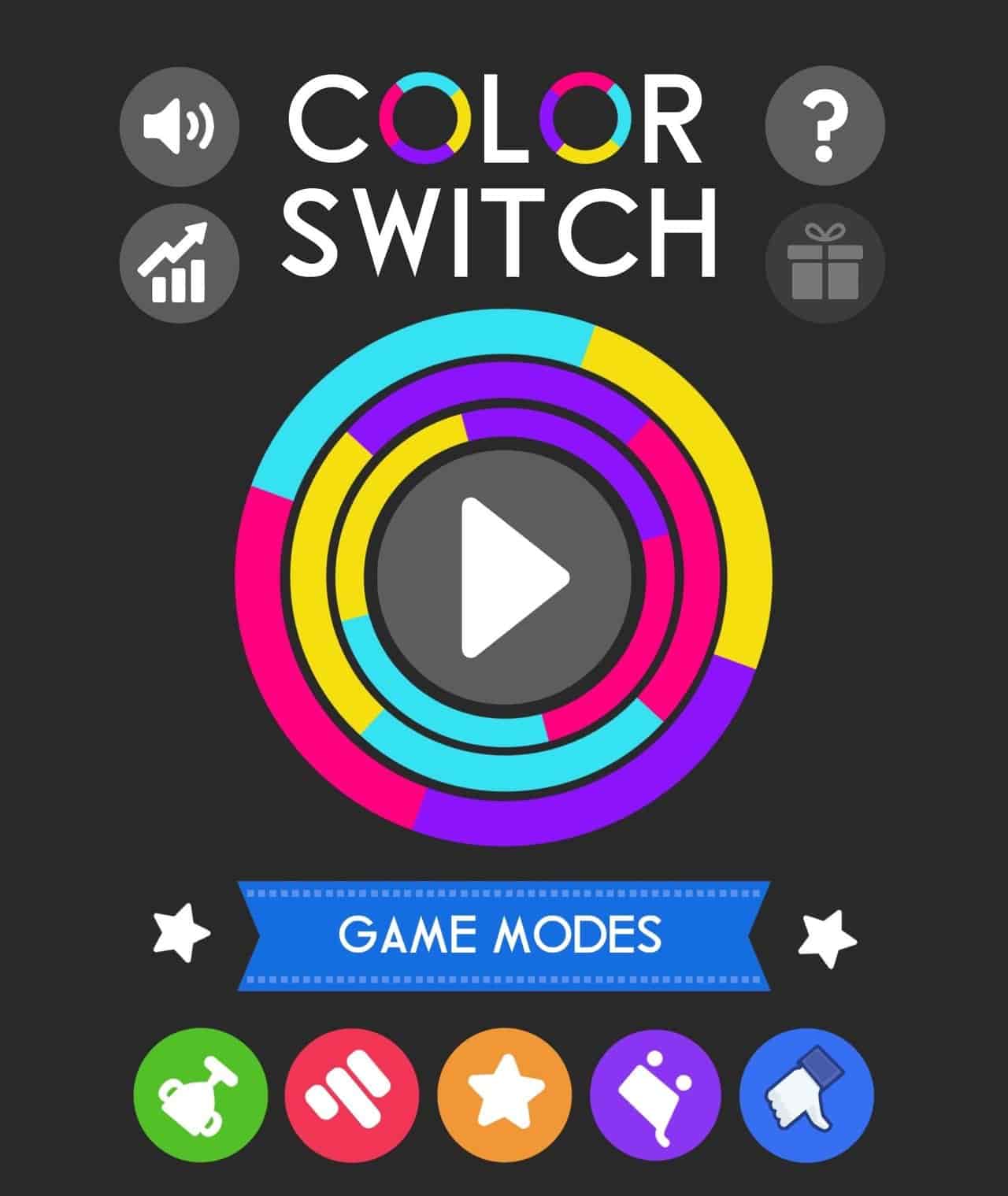 Color Switch Cheats and Tricks: For The Lazy Ones

In this article, you will find the easiest and most effective Color Switch cheats and tricks.

Color Switch is currently one of the most popular games around, ranking no. 1 on Apple’s Top Free Apps on the App Store as of writing, and averaging a rate of 4+ stars from nearly 10,000 user reviews on the same platform.

With that statistics in mind, it’s easy to tell that the game is clearly addicting.

Color Switch is only the second game to be released by newbie game developer Fortafy — and already the game has been making its waves through Android and Apple devices, clearly experiencing an unprecedented success.

Just like all other microgames, Color Switch requires a lot of hard work, determination, and immense concentration from every gamer in order for any of them to even level up in the game.

The game requires similar tapping precision and equal game concentration as the legendary Flappy Bird game, and things can get really frustrating when users fail to be patient when playing this game.

This is because patience is the best and most effective trick to achieve success in this game, and in any other game.

But with that said, there are a couple of Color Switch cheats and tricks that beginners can do in the game to get better scores without having to download anything, or risk anything.

We know what you’re thinking.

What does FaceTime have anything to do with Color Switch cheating?

Apparently, FaceTime can be a gamer’s key to surviving this game successfully. There’s a glitch on Color Switch for iPad running on iOS 9.1 wherein the game’s speed significantly slows down when users use their devices’ FaceTime feature while simultaneously playing the game.

This trick is not guaranteed to work across all iOS platforms, but it should work on the same devices.

When playing Color Switch, try not to panic.

Because there is actually a small buffer from the outside of each shape, you should be able to survive just fine even if you hit the wrong color — if you catch yourself just in time.

The best way to get through the game is by making sure that you’re tapping at a speed of 2 taps per second. Not too fast, but definitely not too slow.

Tricks didn’t work for you?